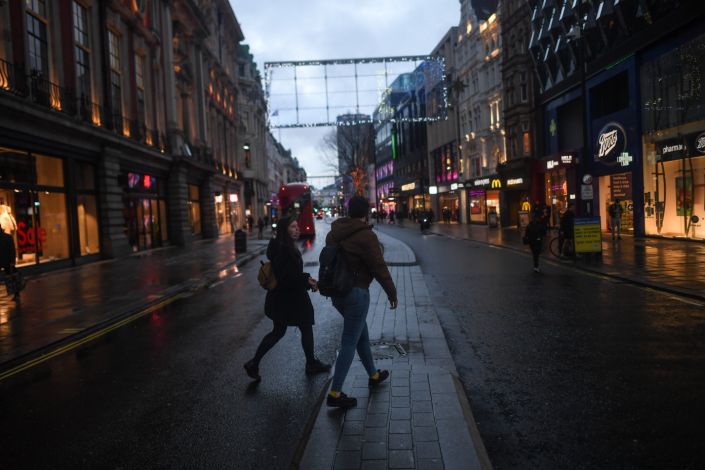 The UK has announced 39,036 more cases of coronavirus and 574 deaths, as the epidemic grows by almost 40 per cent in a week.

It comes as official data showed the vast majority of local authorities in England saw infections rise in the last week, with the biggest jumps in Tier 1 and 2 areas.

Some 85 per cent of local authorities in England saw Covid-19 cases rise in the week before Christmas, with the biggest surges in Tier One and Tier Two areas.

The biggest jumps were all in Tier One areas – by 320 per cent in the Isle of Wight, 116 per cent in Cornwall and 114 per cent in Herefordshire. 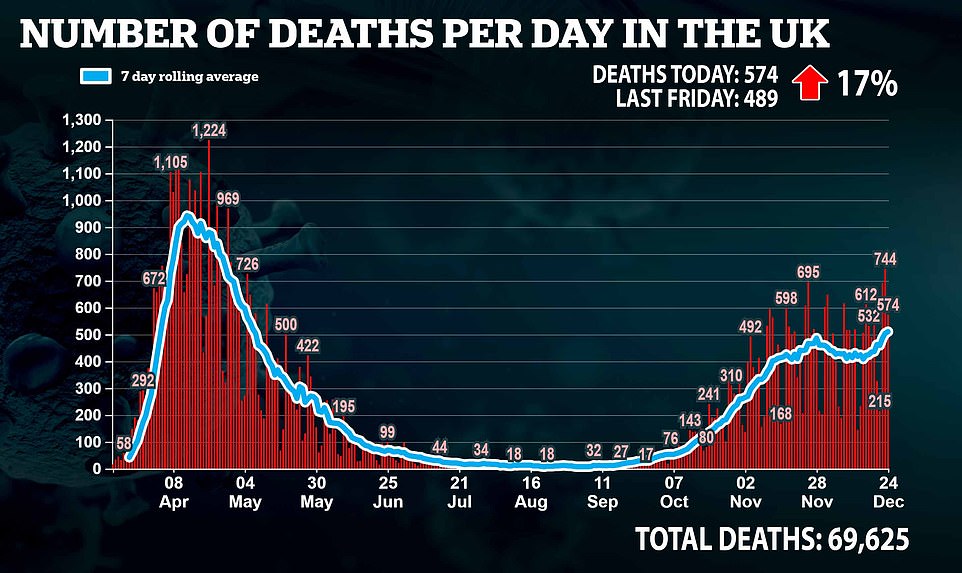 Covid-19 cases also more than doubled in Tier Two York and Southampton and in harshest measure Tier Four Southend-on-Sea and the London borough of Islington.

The resurgence of the virus across the country may be a warning sign that Tier Three restrictions – with shops and gyms allowed to stay open – are not enough to curb the spread of the mutant Kent strain, according to officials.

Early analysis by Public Health England officials at Porton Down has revealed the variant may be 56 per cent more infectious, but there is no evidence to suggest it is more deadly to humans.

Advisers to SAGE have, however, warned that without an acceleration of the Covid-19 vaccine roll out the variant may trigger more deaths next year than in 2020 because it will be caught by more people. This means that, even if its death rate is at the same level as its predecessors, a higher spread inevitably leads to more deaths. 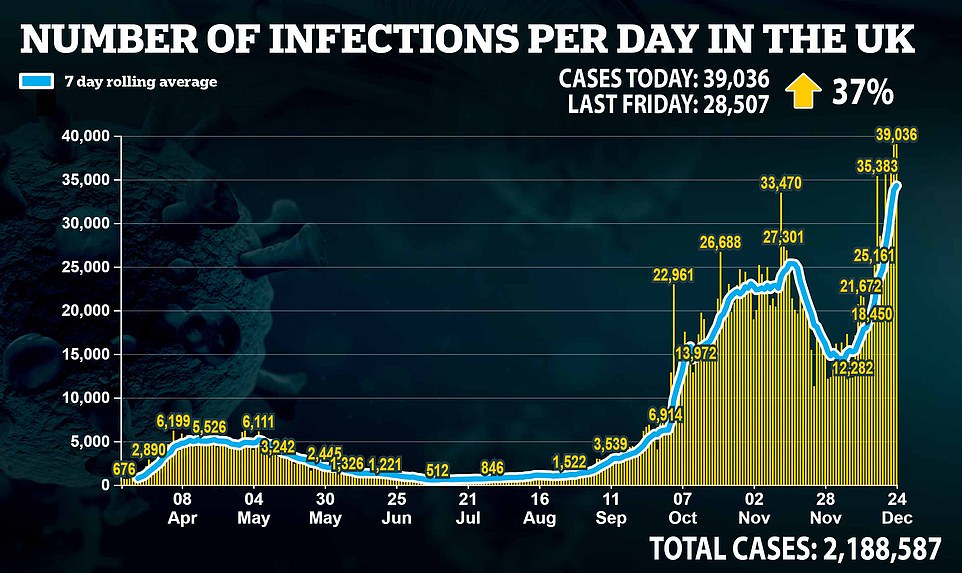 Their mathematical modelling predicted deaths would only stay below the 70,000 recorded in 2020 if as many as two million people were vaccinated daily by January 4.

NHS England revealed today that 500,000 people have so far received the Covid-19 vaccine, with hundreds of vaccination centres now open as officials seek to turbo-charge the roll out.

The Oxford coronavirus vaccine is expected to get the green light from regulators before the new year, in a move which would bolster the UK’s arsenal against the virus as four million doses are already on stand by to be administered to Britons.