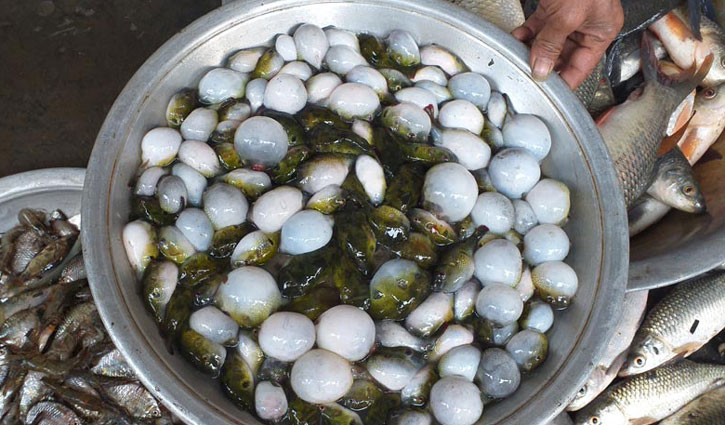 A housewife and her mother-in-law died reportedly after eating puffer fish, locally known as pakta fish, in Uttar Bharaura area in Moulvibazar on Wednesday night.

The deceased were identified as Sahida Begum, 40, wife of Joynal Abedin, and her sister-in-law Nurun Nahar, 25, hailing from the area.
Nurun Nahar’s 8-year-old son Naim was admitted to Shreemangal Government Hospital as he also fall sick after eating the fish.

Shreemangal Sadar Union Parishad chairman Bhanu Lal Ray said the fish was cooked at the home of victims on Wednesday noon and Sahida, Nurun and Naim eat it in the afternoon. But, they started vomiting around 10:00 pm and Sahida, Nurun died after some moments.

Puffer fish is a cheap fish containing a neurotoxin that causes paralysis of the diaphragm and can cause death. The skin and visceral organs of puffer fish carry acute toxic substances, namely TTX (Tetrodotoxin) and STX (Staxitoxin). Scientists have shown that these toxins are about 1,200 times more lethal than cyanide, having strong resistance against heat.

To the Japanese, this fish is a delicacy. However, they ensure it is safe to consume by adopting proper processing techniques like removing the liver, gonads, salivary glands and skin before cooking.