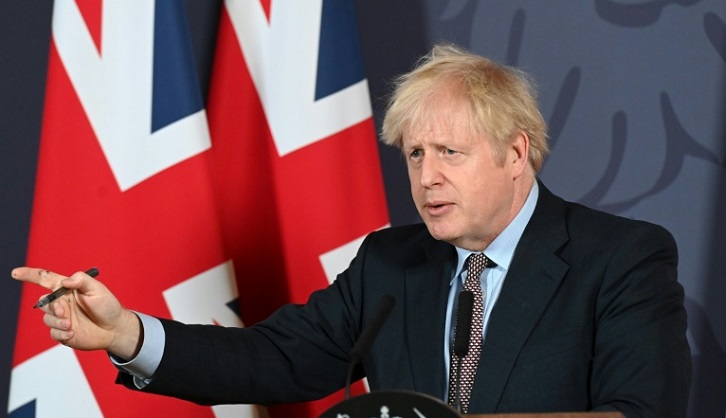 Britain is set for a new chapter Friday after securing a hard-fought post-Brexit trade deal with the European Union as EU envoys gathered to discuss an accord reached only after months of tortuous negotiations.

The country will now not tumble off a trade “cliff-edge” come January 1, avoiding a mountain of harmful tariffs and quotas.

But major changes are inevitable as Britain definitively quits the EU’s single market and free movement with the bloc comes to an end after nearly half a century of integration.

Britain had been in a standstill transition period still subject to the bloc’s rules since formally leaving the EU on January 31.

Standing in front of a Downing Street Christmas tree in a video message late Thursday, Prime Minister Boris Johnson vaunted the hundreds of pages of text as “a “good deal for the whole of Europe” and a “present” for Britain.

The address was “a victory speech,” Anand Menon, director of the UK in a Changing Europe think-tank, told AFP.

“Boris Johnson was elected Prime minister to get Brexit done, he has now definitively got Brexit done,” Menon said.

Johnson has come under fierce criticism for his management of the country’s coronavirus outbreak, which has so far left almost 70,000 dead, the heaviest toll in Europe.

In recent days, thousands of trucks have been backed up at Channel ports, after France and other European partners blocked crossings over rising cases of a new virus variant believed to spread faster.

With ferry and tunnel crossings unusually staying open on Christmas Day and British soldiers carrying out virus tests, there were signs of the logjam clearing on Friday.

Some had pointed out that the transport chaos, which raised fears of shortages of fresh produce, could be a glimpse of what awaited the country if it crashed out of the EU single market without a deal.

The EU has offered Britain unprecedented tariff- and quota-free access to its single market of 450 million consumers.

But it has in return secured London’s commitment to respect its always-evolving rules in some areas such as environmental protection, labour regulation and tax, aiming to avoid Britain undercutting companies inside the bloc.

The UK has also signed up to guarantees that it will not abuse state aid to firms to seek an unfair advantage.

It was the question of fish that emerged as the last stumbling block this week when London pushed to reduce EU fishing fleets’ share of the estimated 650-million-euro (£586 million, $790 million) annual haul by more than a third.

The final agreement settled on a 25-percent cut to be phased in over a five-and-a-half year period.

With the agreement now shared with the bloc’s 27 member countries, their ambassadors met in Brussels on Christmas Day.

After the initial meeting, “member states will now start a preliminary review” of the deal’s 1,246 pages of legal text which “will take a few days”, tweeted Sebastian Fischer, spokesman for the ambassadors’ gathering.

– ‘Relief rather than celebration’ –

For Britain, “that a deal has been agreed at all is in many respects a remarkable achievement,” the Times newspaper judged.

Nevertheless, the final package is “a source of relief rather than celebration”, it added, with new restrictions including an end to free movement into the UK for European workers and into the EU for Britons.

Young people will be hit by Britain’s withdrawal from the continent-spanning Erasmus student exchange programme, to be replaced by a home-grown scheme named for pioneering computer scientist Alan Turing.

“The deal is hardly the end of the process. Now that (Johnson) has delivered on his promise to get Brexit done, his challenge is to make a success of it,” the Times warned.

The left-leaning Guardian was harsher, saying that “Johnson deserves no credit for dodging a calamity that loomed so close because he drove so eagerly towards it.”

In fact, the newspaper added, the deal “prescribes an immediate downgrade for the UK economy”.

And for Britain’s heavyweight financial sector, “in the long run, the reality of Brexit will be either following EU rules or self-isolation,” the EU diplomatic source said.

British MPs are set to debate the agreement on Wednesday, but there is little doubt it will be approved after the opposition Labour party pledged its backing.

On the European side, provisional approval by national capitals must be followed by a vote in the European Parliament in early 2021.