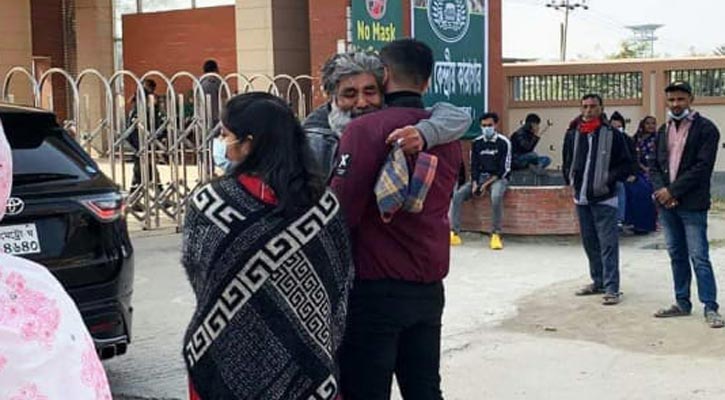 He walked out of the jail around 11:15am after his bail order reached the prison.
Barrister Jyotirmoy Barua, who argued for the journalist in the court, confirmed the news.

On November 24, the same bench granted bail to Kajol in another case filed under the Digital Security Act. However, he was not freed from jail for being shown arrested in the other two cases.

The journalist had gone missing on 10 March this year, a day Awami League’s Magura-1 MP Saifuzzaman Shikhor filed a case Kajol and 30 others under the Digital Security Act (DSA).

Two other cases were filed against Kajol with Kamrangirchar and Hazaribagh police stations under the same act on 10 and 11 March.
After his 53 days of disappearance, Kajol was detained by Border Guard Bangladesh (BGB) along the Benapole border on 3 May and produced before a Jashore court on the same day.