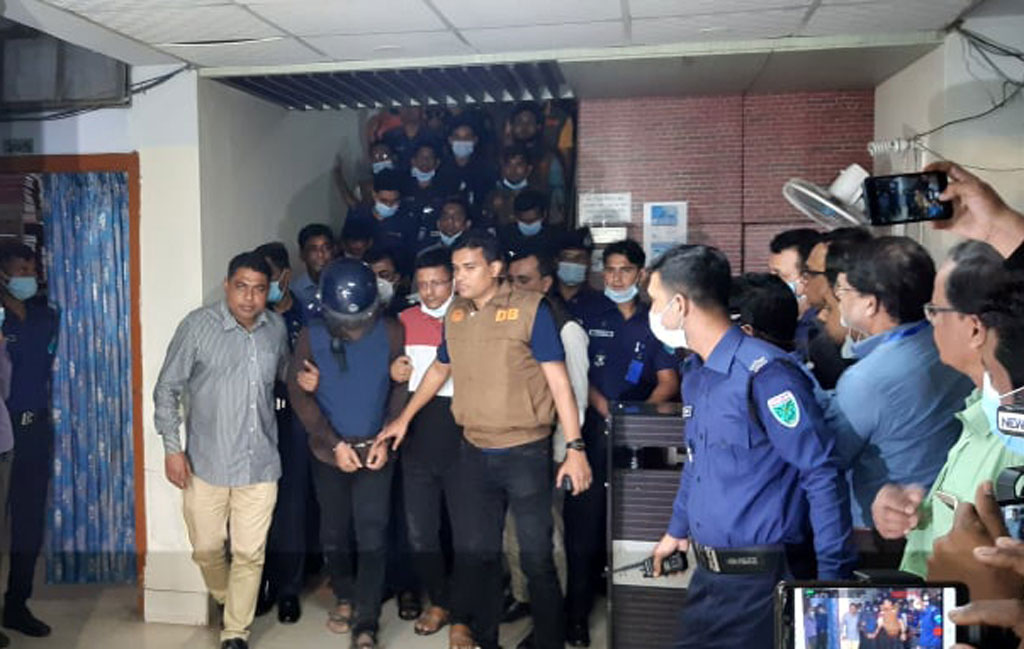 aThe lawyer for suspended sub-inspector Akbar Hossain Bhuiyan, has pulled himself out from the case of the custodial death of Rahyan Ahmed in Sylhet.

Advocate Md Misbaur Rahman Alam made the decision early Friday to avoid negative comments and embarrassing situations. He also wrote on his Facebook account on the issue.

Earlier on December 10, Misbaur submitted legal documents to the court to represent the accused, Akbar Hossain.

The lawyer said: “For defending the accused in the case, many people made bad comments about my senior lawyer and my family, which is undesirable. I have withdrawn myself from the case so that my family, including me, does not have to face embarrassing situations.

“Access to legal services is a basic human right. I took up the case out of a sense of professional responsibility, not for money. This sort of case was new and challenging for me,” said Misbaur, also a member of the Sylhet District Lawyers’ Association.

Earlier, the association leaders met the family of Rayhan and vowed to refrain from providing legal assistance to those involved in the murder.

But, Misbaur’s announcement to stand by Akbar caused controversy. Many people made negative remarks on the issue on the social media platform.

On October 11, 34-year-old Rayhan, a resident of Akhalia in Sylhet city, was beaten to death in police custody at Bandar Bazar police outpost.

The case has since been transferred to Police Bureau of Investigation (PBI) following the family’s demand.

A forensic medical board of Sylhet MAG Osmani Medical College and Hospital, in its second autopsy report, said Rayhan had died due to injuries he sustained from a blunt weapon.

In the first autopsy report, the doctors found 111 injury marks on Rayhan’s body. Of them, 14 were serious injuries.

According to the autopsy report, two of Rayhan’s fingernails had been removed. Such torture was carried out on him for two to four hours before his death. The medical board found similarities between the first autopsy report and the second one.

A probe body of Sylhet Metropolitan Police (SMP) also found the truth of the torture.

SI Akbar, the then in-charge of Bandar Bazar police outpost, and three police personnel were suspended on October 12 while three others were also withdrawn from the outpost.

Akbar fled from police custody on October 13 and was arrested at the Dona border in the northeastern district’s Kanaighat upazila on November 9.