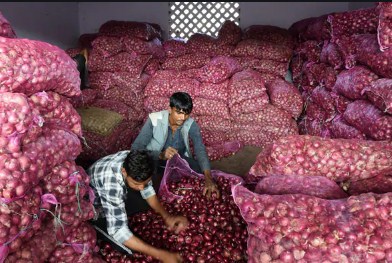 Indian government on Monday lifted the export ban on all varieties of onions with effect from January 1 next year.
The government had imposed the said ban in September this year owing to a hike in prices.
The Directorate General of Foreign Trade, an arm of the commerce ministry, said  “The export of all varieties of onions…has been made free with effect from January 1, 2021.”
Earlier this month, the Indian government had also extended the relaxed norms for onion imports until January 31 in an attempt to boost domestic supply of onions while also ensuring the stability of its price.
The relaxation however, will be subject to certain conditions. Imported onions that have not been fumigated will undergo the procedure at the Indian ports, the ministry said.
2020-12-29
Mr. Admin
Previous: Covid-19 certificates scam: HC denies bail petition of JKG chairman Dr Sabrina
Next: Bangladesh elected to IMSO Assembly, Commonwealth Foundation Grants Committee