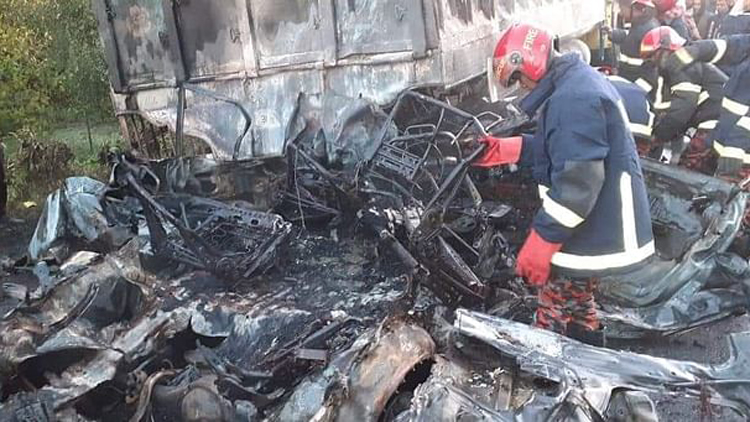 Four people were killed and four others injuredas the gas cylinder of a microbus exploded after being hit by a truck in Gopalganj upazila of Sylhet on Wednesday morning.

The deceased were identified as Rajon Ahmed, 27, son of Kunu Mia, Sunam Ahmed, 26, microbus driver and son of Abdul Jalil of Baroigram village of Bianibazar upazila, Hasan Ahmed, 8, son of Manju Mia of Rafipur village in Golapganj upazila while the identity of another victim could not be known immediately.
The explosion took place around 5:30am when the gas cylinders of the microbus exploded and caught fire after it crashed into a truck, leaving three passengers of the microbus dead on the spot and four others injured.

The injured were taken to a local hospital where the doctors declared the child dead.

On information, a team of police and local firefighting units rushed to the spot and rescued the victims.