Imported rice from India to reach Mongla Port in Jan 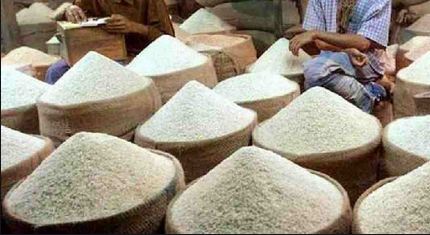 Another consignment of rice being imported from India will reach the Mongla Port next month, a Food Department official said Wednesday.

Bangladesh is importing 100,000 metric tonnes of rice from India in a bid to keep the price of rice stable in the local market. Forty percent of the rice will come through Mongla port.

The imported rice will be supplied to Rangpur, Rajshahi, Barishal and Khulna divisions.

Already, the first consignment of rice (4,200MT) from India has reached the Chattogram Port.

The government has signed a deal with PK Agri Link and Rita Impress International Company for the rice import.

Badal Kumar Biswas, traffic and conservator regulators of Khulna Division, said “The consignment of rice will reach Mongla port in January and the rest will be brought in phases by March.”

Mohamamd Abdus Sobhan, deputy director of traffic and conservator regulators of Khulna Division, said the government has taken the initiative to ensure a steady supply of the staple.

Besides, the government plans to launch open market sale or OMS in four cities under the division to keep the rice price stable in the local market.

Already the rice import duty has been cut to 25 percent from 62.5 percent in an effort to keep the rice market stable, Food Minister Sadhan Chandra Majumder said.

The legal private importers have been asked to apply to the Food Ministry with all necessary documents within January 10 next year.

“The ministry will give approval for importing a certain amount of rice after scrutinising the applications,” said the Minister.

Rice prices in Dhaka have increased by 28.06 percent over the past year despite adequate reserve and import of the staple, putting extra pressure on the people hit hard by the coronavirus pandemic.

Data of the state-run Trading Corporation of Bangladesh (TCB) from December 22 showed that the price of coarse rice increased by 47.69 percent per kg while that of medium 23.33 percent and the fine variety 17.14 percent compared to the previous year.