World ringing in 2021 with muted celebrations amid Covid-19 restrictions 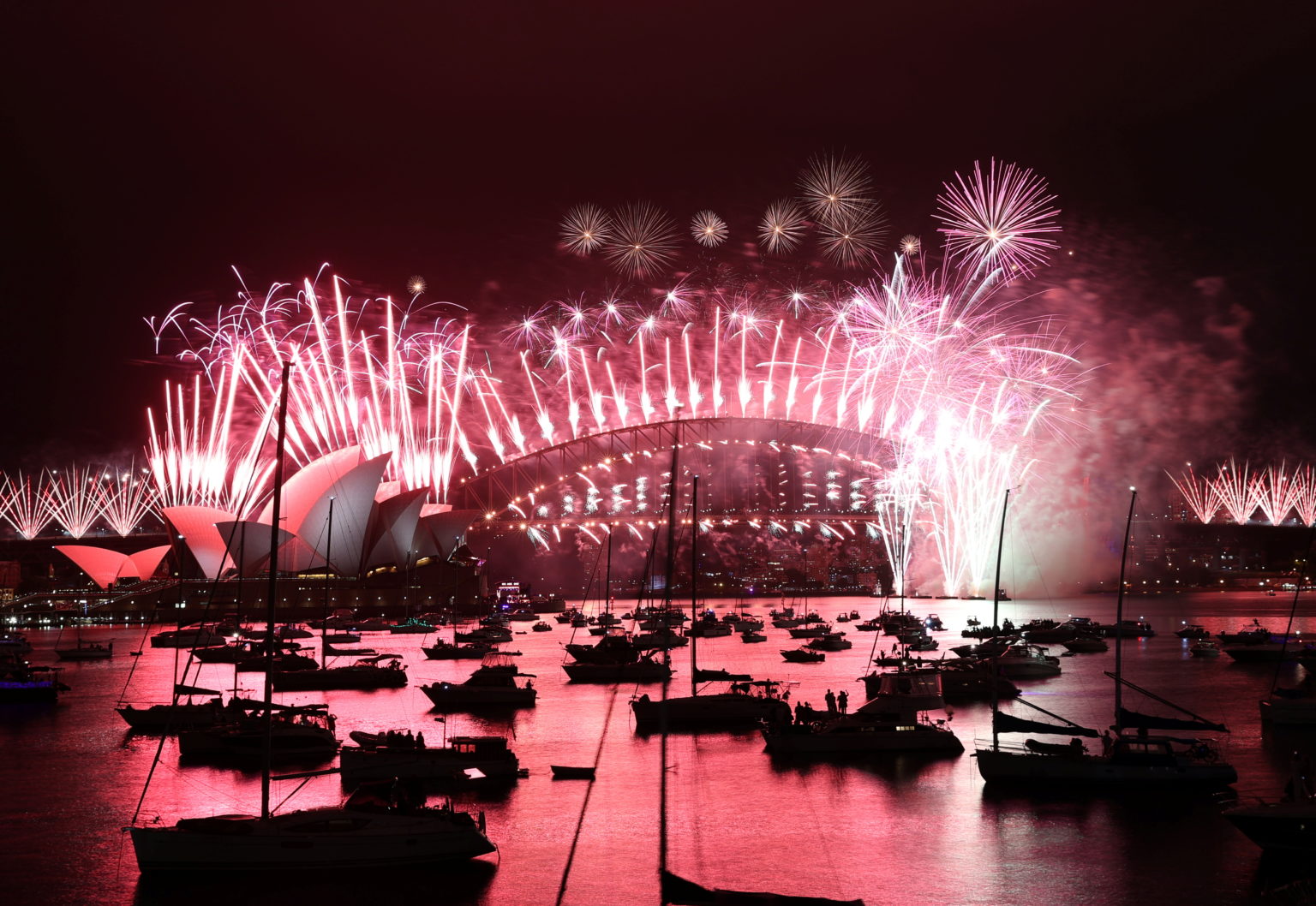 Billions of people will be looking forward to saying farewell to 2020, but unlike usual year-end celebrations, it will be a subdued affair in most countries.
The chaotic year saw the world roiled by a deadly pandemic, so it’s only fitting that New Year’s celebrations worldwide will be muted or canceled altogether as authorities try to stop crowds from gathering to limit the spread of the virus.
Amid growing concern about global spread of a new coronavirus variant first found in the United Kingdom, more people have been forced into lockdowns, putting a damper on the traditional celebrations and the usual throngs of revelers.
In Sydney, which was among the first big cities to ring in 2021 at 8 a.m. ET, the city’s traditional New Year’s celebrations were scaled back amid harsher restrictions on movement, gatherings and internal borders, but the display over the Opera House and harbor bridge will still go ahead.
New South Wales Premier Gladys Berejiklian banned most people from coming to Sydney’s downtown Thursday night.
“We don’t want to create any superspreading events on New Year’s Eve,” she said earlier this week, adding that watching the fireworks from home was the safest way to do so.
Melbourne, Australia’s second-most populous city, canceled its fireworks altogether this year.
Meanwhile, Australia’s neighbor, New Zealand, saw its New Year celebrations go on largely as usual after the nation managed to curb local transmission of the virus.
Hong Kong, with its British colonial history and large expatriate population, has usually seen raucous celebrations along the waterfront and in bar districts. For the second year running, however, New Year’s Eve fireworks have been canceled, this time over the coronavirus rather than public security concerns.
In South Korea, the government has shut down the beaches in Gangueng, on the country’s east coast, where people traditionally go to watch the first sunrise of the New Year. Seoul’s Bosingak bell-ringing ceremony was canceled for the first time since 1953, but can be viewed “virtually” on the city’s website.
As new coronavirus infections in Tokyo hit a record high of more than 1,300 Thursday, New Year’s Eve celebrations were curtailed. Japanese Prime Minister Yoshihide Suga has urged people to celebrate New Year quietly and avoid nonessential outings.
Emperor Naruhito is delivering a video message for the new year, instead of waving from a window with the imperial family as cheering crowds throng the palace.
New York is expected to hold a smaller than usual New Year’s Eve event, with the public banned from attending the celebrations and the ‘ball drop’ event livestreamed.
In Europe, celebrations will also be muted.
Germany banned the sale of fireworks, which residents usually set off in on the streets, and a pyrotechnics show at Berlin’s Brandenburg Gate is off.
Fireworks over the River Thames in London have also been canceled as the government urged people to celebrate at home to contain soaring case numbers. However, Big Ben, which has been largely silent since 2017 while its clock tower is restored, will sound 12 bongs at midnight to mark the start of the new year and the end of Britain’s transition out of the European Union.
The Netherlands moved the national countdown from an Amsterdam park to a soccer stadium, where spectators won’t be allowed in and pyrotechnics will be replaced with “electric fireworks.”
France’s interior minister has said an extra 100,000 police officers will be mobilized to enforce the curfew starting 7 p.m. and break up unauthorized gatherings of more than 10 people.
In Rome, the fireworks are still on, but customary concerts in public plazas have been scrapped in favor of livestreamed performances and art installations.
Pope Francis will skip his typical Dec. 31 visit to the Vatican’s life-size Nativity scene in St. Peter’s Square and plans to deliver his New Year’s Day blessing indoors, to prevent crowds from gathering.
In Russia, public events have been banned or restricted in many regions, but traditional fireworks will still take place in the capital’s Red Square and throughout the city. While mass gatherings are banned and restaurants, clubs and ice rinks will be shut Thursday night, they are expected to reopen Jan. 1 as Russians embark on weeklong festivities that span Orthodox Christmas.
Turkey declared a four-day lockdown starting New Year’s Eve, and President Recep Tayyip Erdogan warned that security forces will inspect hotels for illicit parties.
2020-12-31
Mr. Admin
Previous: Covid: Cases increase by 55,892 in another UK daily record as death toll rises by 964
Next: Ex-MP Toabur Rahman dies of Covid-19 in UK