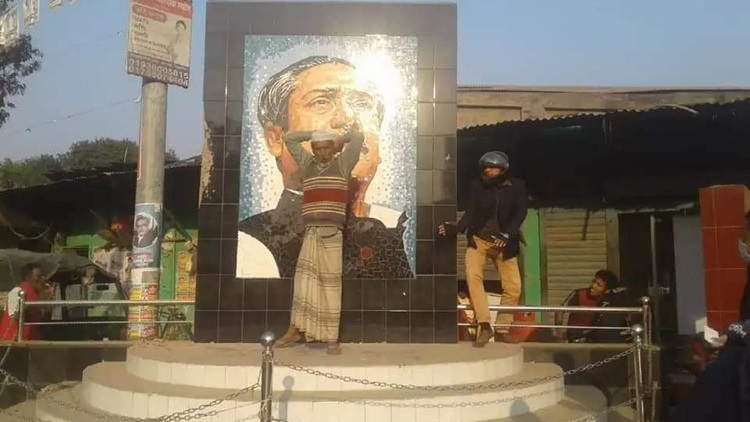 Police have arrested a man for vandalising a mural of Bangabandhu at Pirganj upazila in Thakurgaon district on Friday afternoon.

He was identified as Noor Alam, 43, son of Ohidul Islam of Raghunatpur of the upazila.

According to witnesses, the man started hitting the mural of Bangabandhu with a brick at the east intersection of the upazila town around 4:00pm on Friday. At one stage, a portion of the mural got damaged. 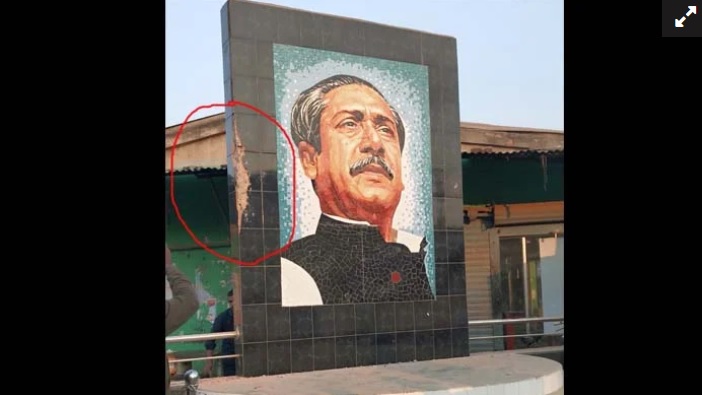 Arrested Noor Alam was appeared to be mentally disturbed.
On information, police rushed to the spot and arrested the man.

Pradeep Kumar Roy, officer-in-charge of Pirganj Police Station, said it was yet to be ascertained what prompted the man to vandalise the mural. They were quizzing the arrestee as of filing this report.

The incident took place just few weeks after a sculpture of the Father of Nation was vandalised in Kushtia allegedly by a number of Madrasa students.

Later, a case was filed over the incident and police arrestedall the accused.

2021-01-01
Mr. Admin
Previous: New era for UK as it completes separation from EU
Next: Man killed in Sylhet truck-microbus collision