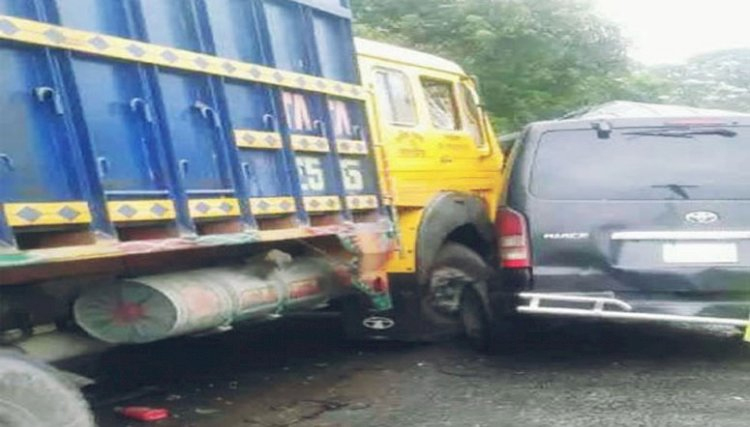 A man was killed and nine others injured after a head-on collision between a bus and a truck at Parganabazar in Sylhet on Friday morning.

The deceased was identified as Golam Mostofa, 38, son of late Aziz Bepari of Chankharpool area in Dhaka.

The accident occurred around 8am when a microbus carrying tourists from Dhaka collided head-on with a Sylhet-bound sand-laden truck, leaving 10 people injured.

Mostofa was pronounced dead after the injured had been taken to Sylhet Osmani Medical College Hospital.

Their microbus reached Parganabazar in Sylhet in the morning when it crashed into a truck coming from the opposite direction.