New era for UK as it completes separation from EU 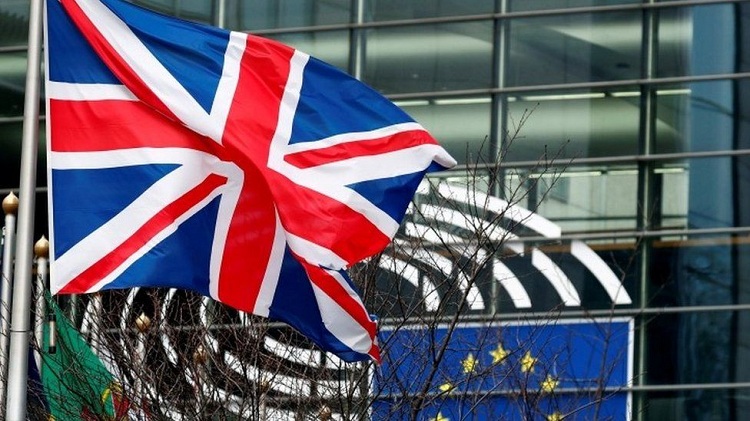 A new era has begun for the United Kingdom after it completed its formal separation from the European Union.
The UK stopped following EU rules at 23:00 GMT, as replacement arrangements for travel, trade, immigration and security co-operation came into force.

Boris Johnson said the UK had “freedom in our hands” and the ability to do things “differently and better” now the long Brexit process was over.

But opponents of leaving the EU maintain the country will be worse off.

Scottish First Minister Nicola Sturgeon, whose ambition it is to take an independent Scotland back into the EU, tweeted: “Scotland will be back soon, Europe. Keep the light on.”

BBC Europe editor Katya Adler said there was a sense of relief in Brussels that the Brexit process was over, “but there is regret still at Brexit itself”.

The first lorries arriving at the borders entered the UK and EU without delay.

But the Stena Line ferries and ports group tweeted that six freight loads travelling from Holyhead in Wales to Ireland on Friday morning had to be turned away due to not having the correct paperwork.

UK ministers have warned there will be some disruption in the coming days and weeks, as new rules bed in and British firms come to terms with the changes.

But officials have insisted new border systems are “ready to go”.

As the first customs checks were completed after midnight, Eurotunnel spokesman John Keefe said: “It all went fine, everything’s running just as it was before 11pm.”

The UK officially left the 27-member political and economic bloc on 31 January, three and half years after the UK public voted to leave in the 2016 Brexit referendum.

But it stuck to the EU’s trading rules for 11 months while the two sides negotiated their future economic partnership.

A landmark treaty was finally agreed on Christmas Eve, and became law in the UK on Wednesday.

Under the new arrangements, UK manufacturers will have tariff-free access to the EU’s internal market, meaning there will be no import taxes on goods crossing between Britain and the continent.

But it does mean more paperwork for businesses and people travelling to EU countries, while there is still uncertainty about what it will happen to banking and services.

The UK and Spain have also reached an agreement meaning the border between Gibraltar and Spain will remain open.

Fabian Picardo, Gibraltar’s chief minister, said the deal still needed to be formalised, but by abolishing controls between Gibraltar and the EU’s passport-free Schengen area, he said it would prevent queues at the border “which make people’s lives a misery and make business difficult”.

Mr Johnson – who took the UK out of the EU in January six months after becoming prime minister – said it was an “amazing moment” for the UK in his New Year message.

Writing in the Daily Telegraph, he added that the combination of the Brexit deal and rollout of the Oxford vaccine means “we are creating the potential trampoline for the national bounceback”.

And the deputy chairman of the pro-Brexit European Research Group of Tory backbench MPs, David Jones, told the BBC: “We can now say clearly Britain is a sovereign and independent state.”

But opponents of Brexit say the country will be worse off than it was while it was a member of the EU.

Ireland’s Foreign Minister Simon Coveney said it was “not something to celebrate” and the UK’s relationship with Ireland will be different from now on, but “we wish them well”.

French President Emmanuel Macron said the UK remained a “friend and ally”, but he added that the choice to leave the EU was “the child of European malaise and many lies and false promises”.

The culmination of the Brexit process means major changes in different areas. These include:

The free movement of people between the UK and EU countries has ended – and has been replaced in the UK by a “points-based” immigration system
Anyone from the UK who wants to stay in most of the EU for more than 90 days in any 180-day period now needs a visa
Duty-free shopping has returned, with people coming back to the UK from the EU able to bring up to 42 litres of beer, 18 litres of wine, four litres of spirits and 200 cigarettes without paying tax
EU citizens wanting to move to the UK (except those from Ireland) face the same points-based system as people elsewhere in the world
UK police have lost instant access to EU-wide databases on criminal records, fingerprints and wanted persons.
2021-01-01
Mr. Admin
Previous: Trump extends immigration bans despite opposition from business group
Next: Bangabandhu’s mural damaged in Thakurgaon, one arrested