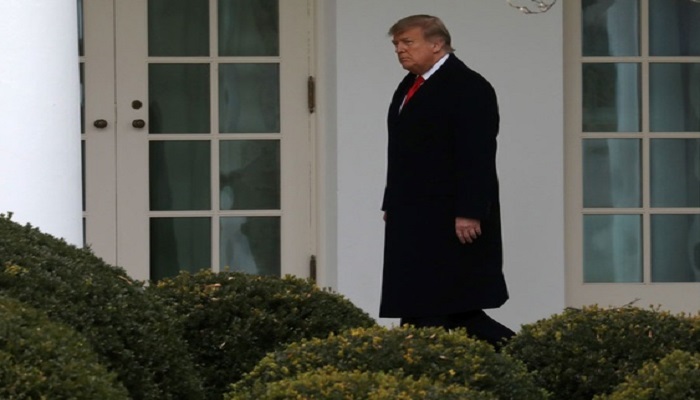 US President Donald Trump on Thursday extended a pair of immigration bans that block many “green card” applicants and temporary foreign workers from entering the country, measures he says are needed to protect US workers amid the pandemic-battered economy.

The bans, which were issued in April and June, were set to expire on Dec 31, but will be extended until March 31, 2021, the latest in a series of last-gasp immigration moves by the outgoing Trump administration. A broad range of businesses oppose the ban on certain foreign workers.
President-elect Joe Biden, who takes office on Jan 20, has criticised the restrictions, but has not yet said whether he would immediately reverse them. Trump issued the bans in the form of presidential proclamations that could be swiftly undone.

At least 20 million people remain on unemployment benefits in the United States as the novel coronavirus continues to spread nationwide.

In October, a federal judge in California blocked Trump’s ban on foreign guest workers as it applied to hundreds of thousands of US businesses that fought the policy in court.

The judge found the ban would cause “irreparable harm” to the businesses by interfering with their operations and leading them to lay off employees and close open positions.

The US Department of Justice appealed the decision to the 9th US Circuit Court of Appeals, which is scheduled to hear arguments on Jan 19.