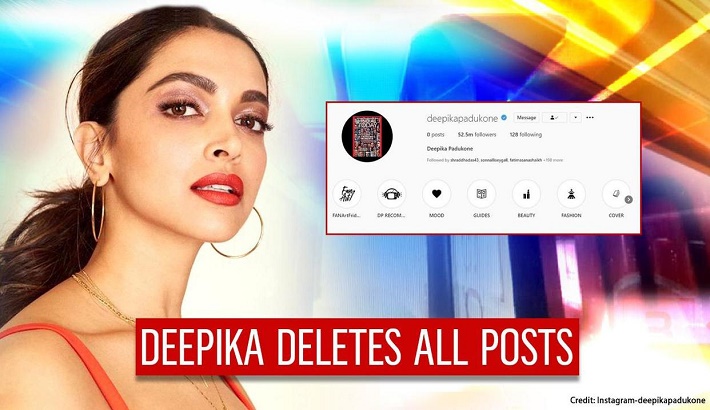 Bollywood superstar Deepika Padukone shocked fans and followers by deleting all posts from her social media platforms.
The actress deleted all her tweets and Instagram pictures on December 31, and now has zero posts and tweets.

Initially, netizens wondered if Deepika’s social media platforms had been hacked. However, it subsequently came to notice that it was the actress who changed her display images.

It is not clear why Deepika took the step of wiping out her social media platforms.

Currently, Deepika has 27.7 million followers on Twitter and on Instagram she has a fan following of 52.5 million.

The actress is currently vacationing with husband, actor Ranveer Singh, in Rajasthan.