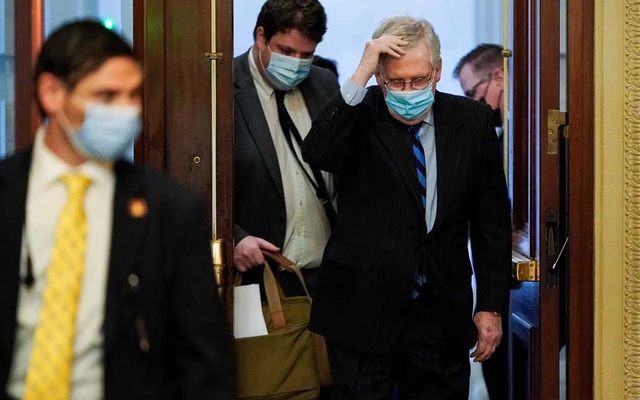 President Donald Trump’s fellow Republicans in the US Senate on Friday overrode his veto for the first time in his nearly four years in office, pushing through a bill on defence spending against his strong objections 20 days before he leaves office.

Meeting in a rare New Year’s Day session, the Senate voted 81-13 to achieve the two-thirds majority needed to override the veto with bipartisan support two days before a new Congress will be sworn in on Sunday. Eight previous vetoes have been upheld.

Republican lawmakers have largely stood by the president during his turbulent White House term. Since losing his re-election bid in November, Trump has lashed out at them for not fully backing his unsupported claims of voting fraud, rejecting his demand for bigger COVID-19 relief checks and for moving toward the veto override.

The Republican-led Senate reconvened midday to take up the $740 billion National Defense Authorization Act (NDAA), which determines everything from how many ships are bought to soldiers’ pay and how to address geopolitical threats.

Trump refused to sign it into law because it does not repeal certain legal protections for tech companies. He also objects to a provision stripping the names of Confederate generals from military bases.