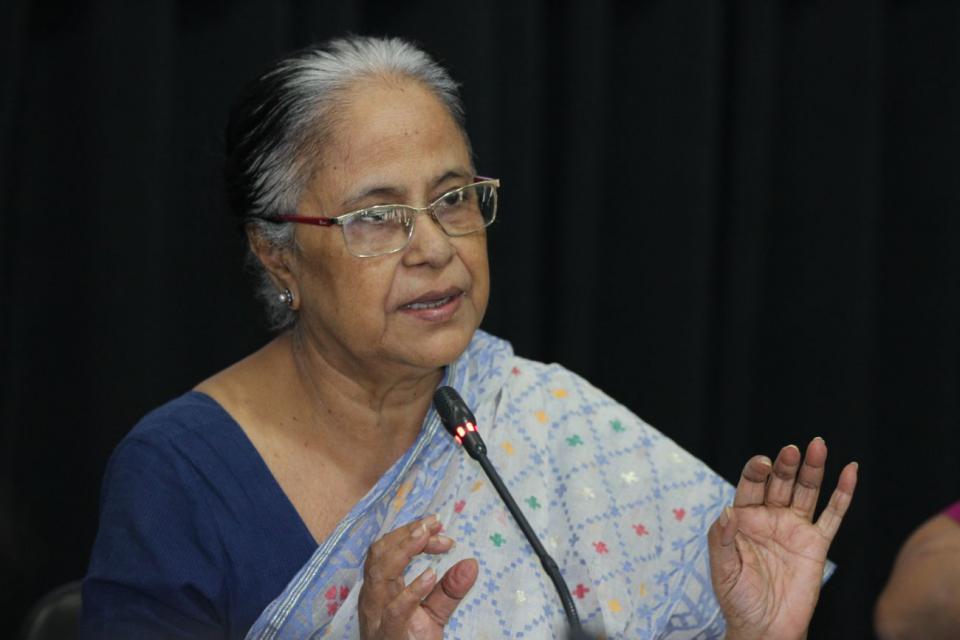 Bangladesh Mahila Parishad President and valiant freedom fighter Ayesha Khanam passed away at the age of 74 on Saturday.

Maleka Banu, general secretary of the organisation, said in a statement that prominent woman leader Ayesha Khanam breathed her last this morning while undergoing treatment at a city hospital.

She said Ayesha Khanam had been suffering from lung cancer for long.

She also said Ayesha Khanam would be buried next to the grave of her late husband Engineer Mortuza Hasan in the family graveyard in her village in Netrokona.

Ayesha Khanam was born on 18 October of 1947 in Gabragati village of Netrokona.

She was a student of Dhaka University in 1971.

Ayesha Khanam was an active organizer of all progressive movements including the student movement of 1962, the mass uprising of 1969 and the great Liberation War.

At the end of her student life, she dedicated herself to the movement of realizing the rights of deprived women.

The women’s movement in Bangladesh lost a genuine guardian at her death, the Parishad said in its statement.