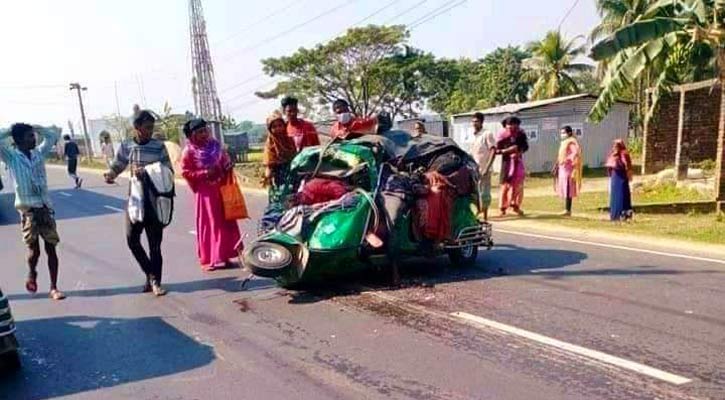 At least seven people were killed and two others injured in a head-on collision between a passenger bus and a CNG-run auto-rickshaw in Tarakanda upazila of Mymensingh on Sunday noon.

The identities of the deceased could not be known yet.
Seven passengers of the auto-rickshaw were killed on the spot after a Netrakona-bound bus from Dhaka hit the Mymensingh-bound three-wheeler at Gachtala area at around 1:30pm, said Abul Khayer, officer-in-charge of Tarakanda Police Station.

A firefighting unit from Mymensingh and police went to the spot and conducted the salvage operation.

The bodies were taken to Mymensingh Medical College and Hospital.