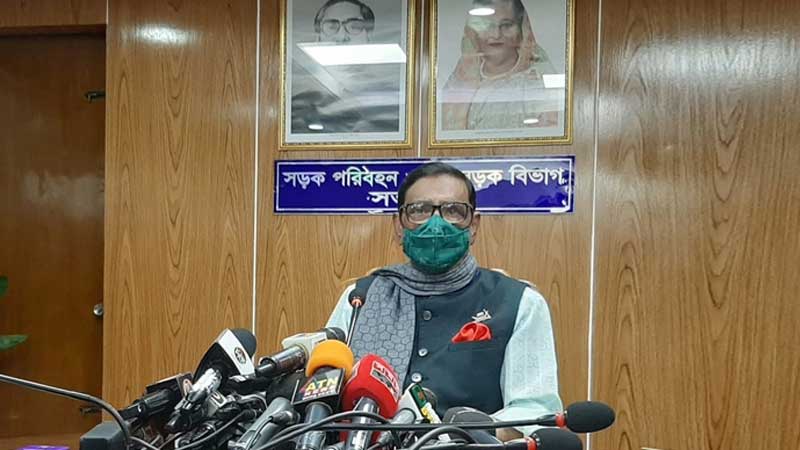 Four mega projects, including the much-awaited Padma Multipurpose Bridge, will be opened by June of 2022, said Road Transport and Bridges Minister Obaidul Quader on Sunday.

“We are hopeful to open the four projects–Dhaka Elevated Expressway, Metro Rail, Padma Bridge and Karnaphuli Multi Tunnel–as the construction work are going on rapidly,” the Minister told this to media at a press conference held at his secretariat office.

Quader said, “The government has completed its twelve years. We’re working as per the election manifesto. It’s the government’s challenge to implement electoral pledges.”

Coronavirus has turned the world into a death-valley. The government is trying to tackle the spread of the virus keeping the economy operational, he added.