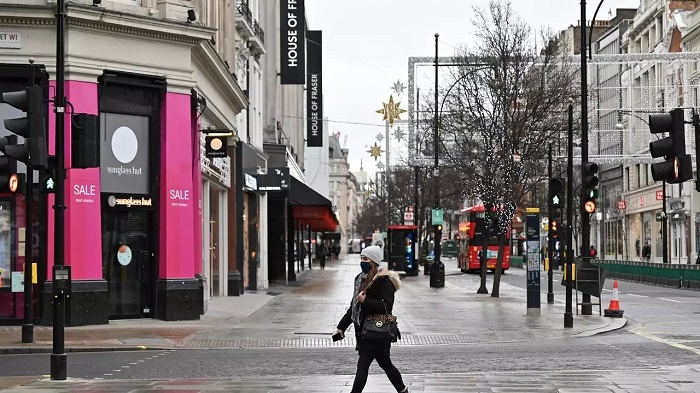 Britain closed its schools Tuesday ahead of a new national lockdown, with Germany set to extend its own restrictions as Europe battles surging coronavirus infections.

Prime Minister Boris Johnson announced the new English measures — initially set to last six weeks — in a televised address just hours after Britain celebrated the rollout of the Oxford-AstraZeneca vaccine, seen as a potential Covid-19 game-changer as it could prove more accessible to poorer nations than alternative jabs.

Meanwhile pressure is growing on European authorities to speed up vaccine approvals and hasten the economic recovery from a pandemic that has infected more than 85 million people worldwide, with more than 1.8 million known deaths.

Spain — expected to show the biggest slump of any western economy — registered a nearly 23-percent jump in unemployment in 2020, government figures showed Tuesday.

National governments in some European countries are also under fire for a slow start in deploying vaccines that have already been approved — particularly France, which has vaccinated only 2,000 people so far, compared to 264,000 in Germany.

German Chancellor Angela Merkel and Russian President Vladimir Putin have discussed the possibility of jointly producing vaccines in a phone call, according to the Kremlin.

While Germany is using the vaccine jointly developed by Pfizer and the Mainz-based company BioNTech, Russia has put into mass circulation its homemade jab — Sputnik V — which has been viewed with skepticism in the West.

Mass vaccinations are considered key to breaking the back of a pandemic that has severely restricted activities that involve large gatherings.

The ease of storage and use of the Oxford-AstraZeneca vaccine, compared with the ultra-low temperatures needed for the Pfizer-BioNTech and Moderna alternatives, could mean greater access for less wealthy nations in the fight against the virus.

Mexico and India have approved the Oxford-AstraZeneca jab, while Rwanda, which on Tuesday banned transport in and out of the capital Kigali in a bid to combat surging infections, said it was in touch with its makers to purchase doses.

The efforts to accelerate vaccinations come as concerns grow about the potentially more transmissible variant detected in Britain — which has since been found in other countries, including in Italy on Tuesday — spreading out of control.

Chinese firm Sinopharm has said its vaccine — with a claimed effectiveness of 79 percent — remains effective against the new variant.

In the United States, the worst-hit nation in the world, the rollout of vaccines has been plagued by logistical problems and overstretched hospitals and clinics.

But authorities also face the challenge of conspiracy theories spread on social media that could increase vaccine skepticism — and even sabotage.

That threat was illustrated last week in the state of Wisconsin, where a pharmacist was accused of intentionally spoiling hundreds of Moderna doses because of a baseless conspiracy theory.

Steven Brandenburg, who appeared before a judge Monday, “told investigators that he believed that Covid-19 vaccine was not safe for people and could harm them and change their DNA”, according to a police statement quoted by local media.

– WHO experts due in China –

In China — where the pandemic began a year ago — experts from the World Health Organization are due for a highly politicised visit to explore the origins of the virus.

Beijing delayed access for independent experts, reluctant to agree to an inquiry.

But the WHO now says China has granted permission for a visit by its experts, with a 10-person team expected to arrive shortly for a five or six week visit — including a fortnight spent in quarantine.

Chinese authorities this week refused to confirm the exact dates and details of the visit, a sign of the enduring sensitivity of their mission.

Covid-19 was first detected in the central city of Wuhan in late 2019, before seeping beyond China’s borders to wreak global havoc.