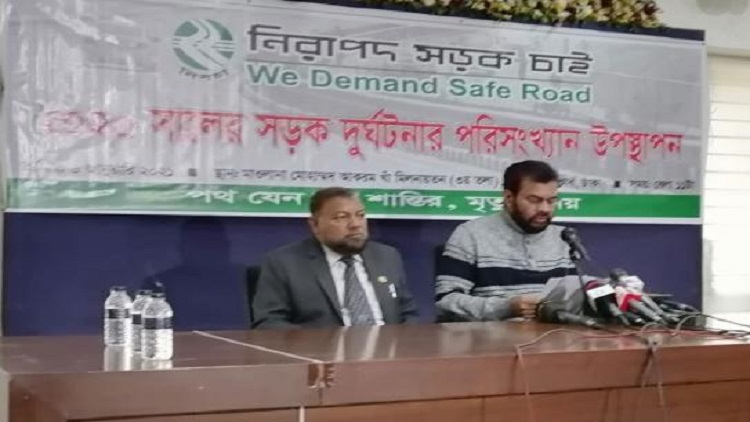 Last year, 4,969 people were killed in some 4,092 road accidents across the country, according to a report of Nirapad Sarak Chai.

Ilias Kanchan, founder and chairman of the organisaion, revealed this at a press conference held at Jatiya Press Club on Wednesday.

Meanwhile, 5,058 people were injured during the accidents.

Ilias Kanchan, founder and chairman of the organisaion, came up with the data on Wednesday after analysing reports published in different national dailies, online news portals, TV channels, and information from its 120 branches across the country.

The number of accidents took place in January last year while it decreased in April and May, according to the data. Lockdown in the country in a bit to contain the spread of novel coronavirus was the main reason of decreasing accidents.

The written statement also informed that most of the accidents occurred in Dhaka, Chattogram and Mymensingh districts.