Amazon pledges billions for affordable homes in US 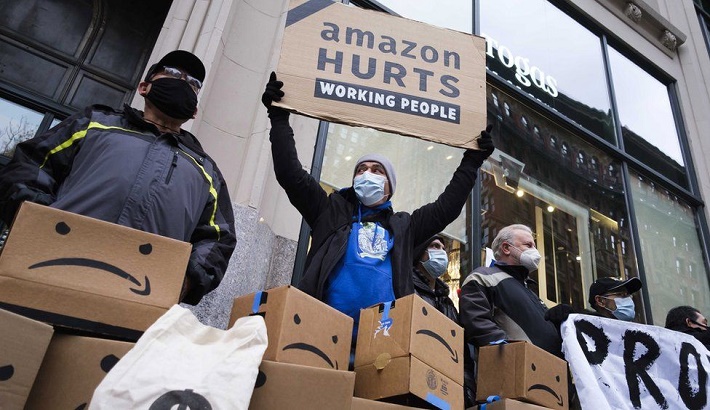 Amazon has become the latest US tech giant to pledge billions of dollars to support affordable housing.

The e-commerce giant said it was starting a fund of more than $2bn (£1.47bn) aimed at creating or preserving 20,000 homes across three regions in the US.
The money will be used primarily to support low-cost loans for moderate income families, it said.

The effort follows years of rising home and rental prices in the US.

Home prices have climbed more than 6% each year since 2012, despite muted wage growth for most workers. Before the pandemic, rental rates had also risen steadily, driving a shortage of affordable units.

In some cities, such as San Francisco, the rapid growth of the tech industry has been blamed for exacerbating the affordability crisis, after an influx of highly paid engineers drove up rents and priced out other residents.

In 2019, Microsoft, Apple, Facebook and Google, among other tech firms, made high-profile promises of hundreds of millions of dollars to help ease the crunch.

The average annual compensation of an Amazon worker in the US was $36,640 in 2019, roughly in line with the national average, BBC reported.