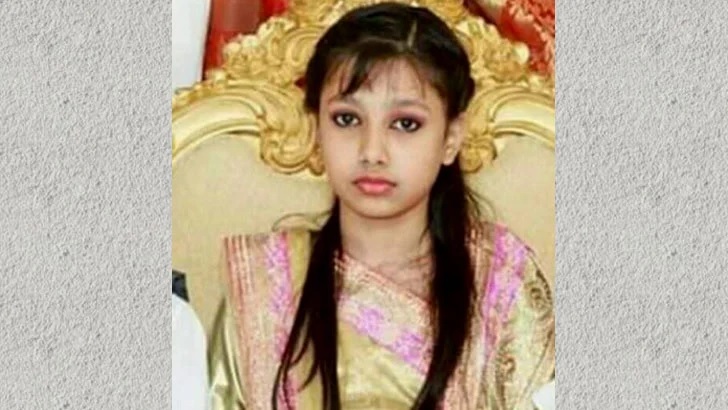 Before taking the victim, an English medium student who died after she was allegedly raped in Dhaka’s Kalabagan area, to a hospital, one of her boy friend made a phone call to her mother and said, “Aunt your daughter becomes unconscious’.

The student was identified as Anushka Noor Amin. She was an ‘O’ Level student of Mastermind School.

Details of the death could be known after getting autopsy report, said the police station inspector AFM Asaduzzaman.

Family sources of the murdered student alleged that their daughter was murdered after rape at a flat at Dolphin Golli in Kalabagan are on Thursday afternoon.

Victim’s mother said, “They (victim’s boyfriends) called my daughter to a house for giving her suggestions for examinations. Later, they said over phone call that ‘Aunt your daughter becomes unconscious. The then took her to Anwar Khan Modern Hospital. Then I received another phone call where they said, ‘Aunt, she died.’

“When I went to the hospital saw my daughter bleed profusely. My daughter might have killed after rape. I demand justice,” she added.

The body of the girl was sent to the Dhaka Medical College Hospital morgue for postmortem.