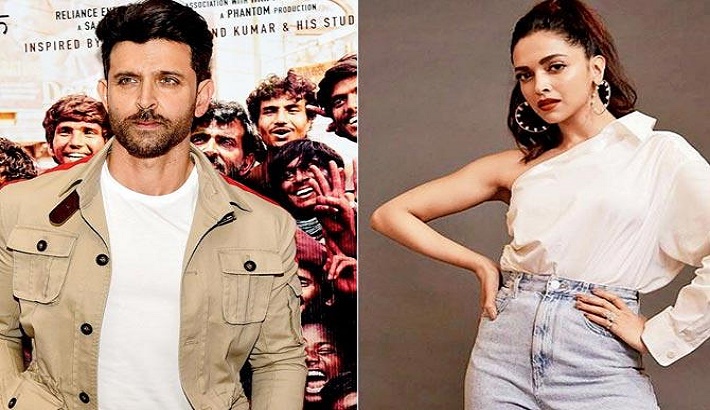 Bollywood actors Hrithik Roshan and Deepika Padukone will appear on screen first time together in the film titled ‘Fighter.’

On Sunday, the two put rumours to rest by announcing their new film.
Helmed by Siddharth Anand, the action drama sees Dippy and Duggu together for the first time. It marks the third collaboration between Roshan and Anand after Bang Bang (2014) and War (2019).

Fighter is a birthday gift for Roshan as he turned 47 on Sunday.

“Looking forward to my first flight alongside the exceptional Deepika Padukone,” he wrote. She replied, “Dreams really do come true.” Dippy had always harboured a desire to work alongside Roshan, which has been fulfilled. ” The film will hit the screens on September 30, 2022.

Speaking about her professional commitments, Deepika will be next seen opposite Ranveer Singh in Kabir Khan’s 83.

On the other hand, Hrithik Roshan will be next seen with actor Saif Ali Khan in the Hindi remake of the 2017 Tamil superhit film Vikram Vedha.