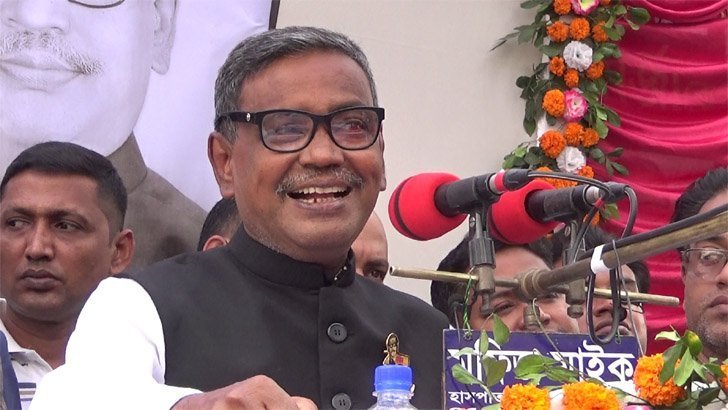 Awami League (AL) General Secretary and Road Transport and Bridges Minister Obaidul Quader’s younger brother Mirza Abdul Quader has won mayoral post in Noakhali’s Basurhat municipality election with a huge margin of votes.
Mirza Quader became much talked about person and talk of the country criticising his won political leaders about their irregularities. He also criticised local and national leaders who became members of parliament through a rigged and corrupt election.
The election was held on Saturday through Electronic Voting Machine (EVM) introduced in the district for the first time.
The vote casting began at 9:00am at 61 EVM booths under nine centres and continued till 5:00pm without any break. The total number of voters in the municipality are 21,115.

Three candidates contested for the mayoral seat, while 25 candidates for the seats of councilors of nine wards and seven for reserved seats of female councilors.

Meanwhile, local leaders and activists of AL welcomed him chanting party slogans soon after his victory.

In replying, he thanked to all for their cooperation and expressed his gratitude mentioning the names of some leaders and workers.
2021-01-16
Mr. Admin
Previous: Here’s how diet, dentition are linked to linguistics
Next: BNP’s Sabir Ahmed wins polls to Nabiganj municipality for two consecutive terms