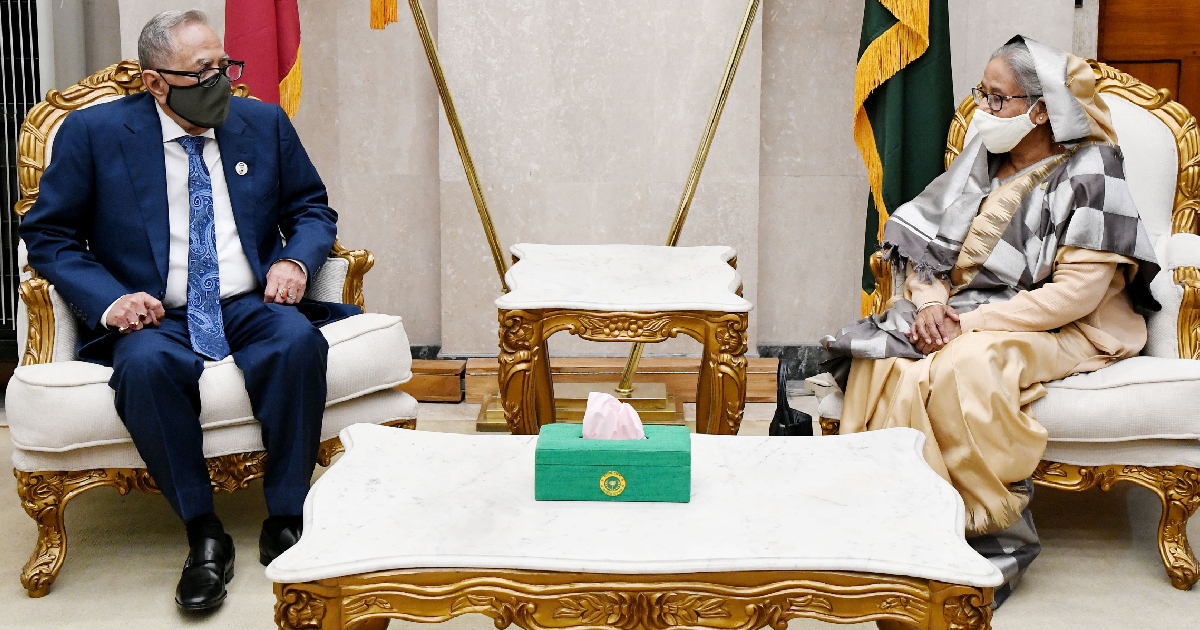 Prime Minister Sheikh Hasina paid a courtesy call on President Abdul Hamid on Monday evening.
She went to the President’s Chamber in the Parliament House after the parliamentary session.

“During the meeting, the Prime Minister briefed the President on various steps taken by the government to tackle the coronavirus outbreak,” President’s Press Secretary Joynal Abedin told UNB.

He was also apprised of various initiatives taken by the government to continue the overall economic activities.

During the meeting, the President lauded Prime Minister Hasina’s courageous steps in tackling the epidemic, the press secretary said.

President Hamid hoped that the trend of development of the country would continue under the leadership of Prime Minister Hasina.

The Speaker thanked the President for addressing the Parliament.

She also briefed the President on various activities of the House.

On Monday, President Abdul Hamid addressed the first session of Parliament as per the provisions of the constitution.