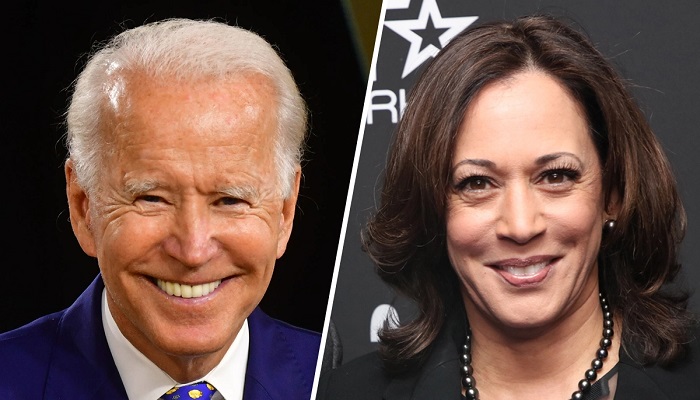 The Inauguration Day 2021 will happen as the country is going through a disturbing period of time after the storming of US Capitol by the supporters of 45th POTUS, Donald Trump. Security measures have been taken by the authorities to organise a scaled-down Inauguration Day keeping in mind the violence on January 6 that killed five people. Tuesday is President Donald Trump’s last full day in the White House.
Hosted by entertainer Keke Palmer, people in India can watch the ceremony on January 20 at 10 pm IST (11:30 am ET). It will start with the national anthem. First lady of the USA, Dr Jill Biden will be speaking to the people in the first-ever curated live stream of the Inauguration.

After the swearing-in, in order to signify the peaceful transfer of power, Biden and Kamala will complete the transitional ‘Pass in Review’ inspection of troops.

Viewers can watch the Presidential Inauguration of Joe Biden on all the major TV networks of the United States. Some of these include CNN, MSNBC, ABC, CBS, PBS and NBC.

The livestream of the event can also be watched at platforms like Amazon Prime Video, Microsoft Bing, NewsNOW from Fox, AT&T U-verse (Channel 212/1212 in SD/HD) and AT&T DIRECTV (Channel 201).

It will also be available on the social media channels of Biden Inaugural Committee or at bideninaugural.org/watch/.
The Obamas are among those set to attend Biden and Harris’ swearing-in ceremony and celebrities from John Legend to J. Lo are expected to take part in a glitzy live TV special to replace the usual inauguration ball on Wednesday night.

Inauguration proceedings are then expected to kick off at 11am (4pm in the UK) on Wednesday, with Biden sworn in by Chief Justice John G. Roberts Jr. on the Capitol’s West Front sometime before noon. Biden will then give his inaugural address and conduct a review of military troops.

Biden and Harris, along with their spouses, will also lay a wreath at the Tomb of the Unknown Soldier at Arlington National Cemetery.

There will then be a virtual parade across the country featuring music, poets and dancers “paying homage to America’s heroes on the front lines of the pandemic”, expected to take place at around 2-3pm (7-8pm in the UK). After this, there will be a special TV show called Celebrating America will replace the usual inauguration ball.

Biden is expected to formally move into the White House later in the day.

Outgoing president Donald Trump will not attend – a decision Biden has called “one of the few things he and I have ever agreed on.”

By choosing not to attend, Trump joins a small but select group: only presidents John Adams, John Quincy Adams, and Andrew Johnson have sat out their successor’s inauguration.

Although Trump’s whereabouts on the night are currently unknown, The Guardian recently reported that his official plane will fly to Scotland just before Biden’s inauguration. Prestwick airport, near Trump’s Turnberry golf course resort, has been told to expect a US military Boeing 757 that has occasionally been used by Trump, on Tuesday this week.

Former president Jimmy Carter will also not attend – it will be the first inauguration the 96-year-old has missed – but he and his wife have sent their “best wishes”.

Unlike his leader, outgoing Vice President Mike Pence will attend tomorrow’s ceremony, and according to Biden he is very welcome.

Among others in attendance will be George W. Bush and his wife Laura, Barack and Michelle Obama, and Bill and Hillary Clinton.

The event is be closed to the public but that hasn’t stopped the stars coming out. According to reports, Lady Gaga and Jennifer Lopez are among A-listers expected to give virtual performances from their homes on Wednesday night. Gaga will sing the national anthem, while Lopez is expected to give a separate musical performance.