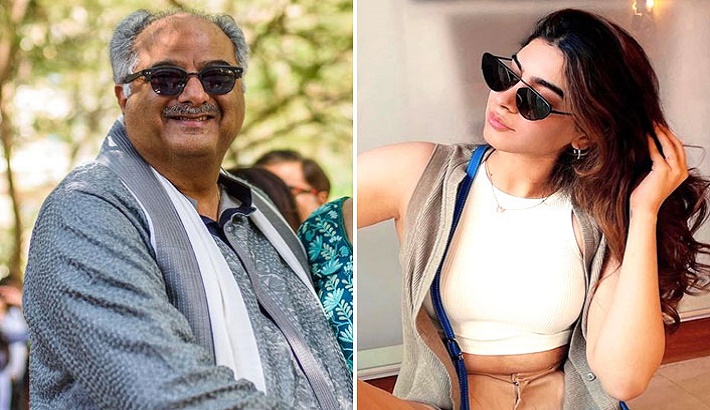 Khushi Kapoor, daughter of producer Boney Kapoor and late actor Sridevi, is all set to follow in the footsteps of her mother and elder sister Janhvi Kapoor.

Boney has confirmed that Khushi is interested in becoming an actor and we will get to “hear an announcement soon”.
Boney, however, said that he would not be launching Khushi like he launched his brother Sanjay Kapoor a few decades ago as “one tends to get indulgent”.

Boney told Bombay Times in an interview, “I have the resources, but I would rather have someone else launch her because I am her father and one tends to get indulgent. You can’t afford to do that as a filmmaker and nor is it good for the actor.”

Hinting at Khushi being launched by another noted filmmaker, he further said, “I would want Khushi to find her own footing. She will be launched by someone I respect and someone I feel secure and safe about.”

Boney had launched Sanjay Kapoor opposite then debutante Tabu with the 1995 film Prem. It was directed by Satish Kaushik and written by Javed Akhtar. The film was delayed by several years before it hit theatres and turned out to be a dud.

Citing the example of his actor brothers he said, “Anil (Kapoor) was still an established actor, so it didn’t affect him much, but I think I became an indulgent brother with Sanjay (Kapoor) when he made his entry into films.”

Khushi had earlier flown to the US for an acting course. She had enrolled herself at the New York Film Academy. She was recently in Delhi and shared quite a few stunning pictures from the capital on Instagram.
During her appearance on BFFs with Vogue Season 3, when Neha Dhupia had asked her about her dream debut, she had said that she would follow director Karan Johar blindly but her father will choose her co-star.