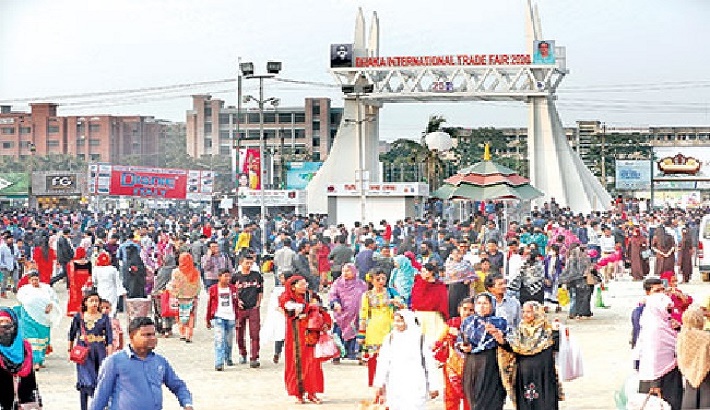 The 26th edition of Dhaka International Trade Fair (DITF) has been postponed due to Coronavirus pandemic.

The decision was taken after Export Promotion Bureau (EPB), the organising authority, failed to get Prime Minister’s Office’s nod over the issue.
Earlier, EPB sought the high up’s nod over holding the fair which was scheduled to begin on March 17.

Dr Md Zafor Uddin, Secretary of Ministry of Commerce said on Tuesday that the fair will not be held as Prime Minister is not giving permission, adding that decision on the fair may be taken today.

Every year, PM Sheikh Hasina inaugurated the fair on January 1. Due to the coronavirus epidemic, the fair was rescheduled on March 17, marking the birthday of Father of the Nation Bangabandhu Sheikh Mujibur Rahman.

The DITF has been held at a temporary place of Agargaon in the capital since 25 years.

However, this year, arrangements were being made to hold the DITF at the newly built Bangladesh-China Friendship Exhibition Centre in Purbachal from 17 March.