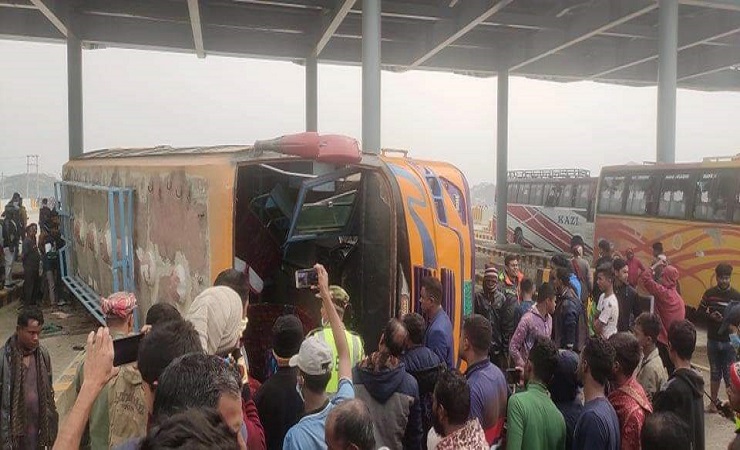 At least three people, including two women, were killed and 25 others injured as a passenger bus turned turtle in Bagail area at Gharua union under Bhanga upazila of Faridpur on Wednesday noon.

The identities of the deceased and injured could not be known yet.
Confirming the news, Mohammad Omar Farooq, officer-in-charge (OC) of Bhanga highway police station, said the passenger bus carrying the victims lost control and overturned after hitting a road side island on Dhaka-Khulna highway at 12:00 noon, leaving three passengers of the bus dead on the spot and its 25 passengers injured.

Of them, 15 injured have been shifted to Faridpur Medical College Hospital in critical condition.