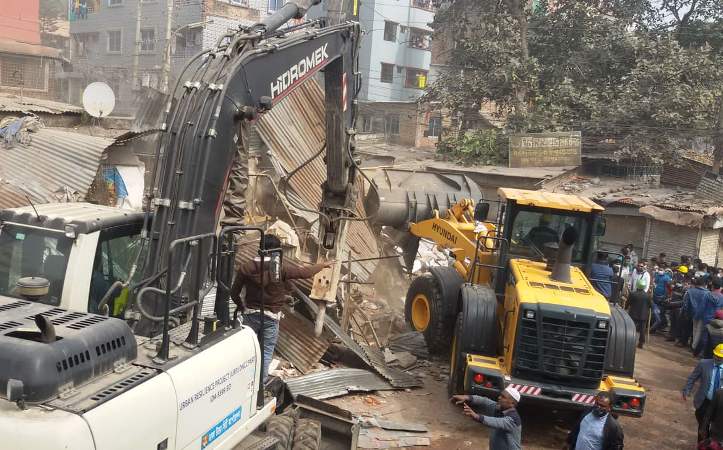 The officials of Dhaka North City Corporation faced obstruction when they went to evict illegal establishments on road at Mirpur Avenuw 3 area in the capital on Thursday morning.

A team of DNCC and police went to demolish shops and other establishments that built in the area illegally at around 10:30am.
When they were going to start the demolition, they were resisted by the shopkeepers, our correspondent reports from the spot.

They also pelted brick chips from inside the market, targeting the DNCC team.

Later, the DNCC team managed to bring the situation under control and started the demolition around 11:30am.