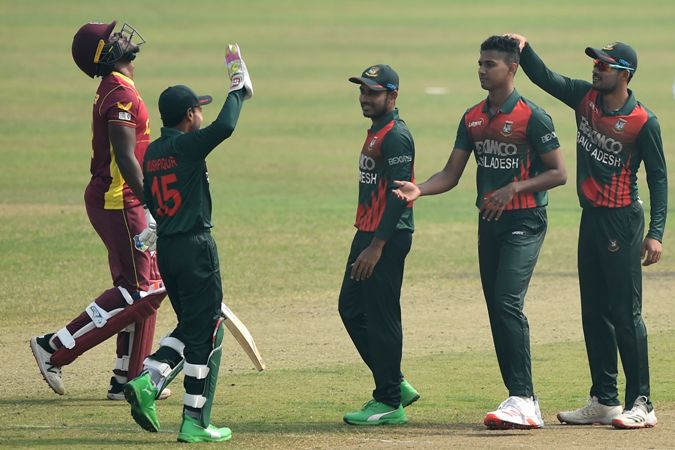 Bangladesh bowlers dished out a splendid performance to bundle out West Indies for a paltry 148 in 43.4 overs in the second ODI of the three-match series on Friday.

Electing to bat in a must-win encounter of the three-match series, West Indies kept losing wickets as Bangladesh bowlers once again showed their might at the Shere Bangla National Stadium.
Five West Indies batsmen failed to reach double figures with one left without troubling the scorers.

Mehedi Hasan was the most successful bowler for Bangladesh, bagging four wickets, while Mustafizur Rahman and Shakib Al Hasan claimed two each. Hasan Mahmud took the other Caribbean wicket.

Rovman Powell was the highest scorer making 41 runs off 66 balls with two fours and one six. But other Batsmen failed to click in the match.

Tigers are currently leading the three-match series 1-0 after they beat West Indies by six wickets in the series opener on Wednesday.

The two sides had already played 39 ODIs, among which Bangladesh won 16 in contrast of Caribbean’s 21 and two matches fetched no result. The latest victory of Bangladesh was their sixth straight against the Caribbean.

However, Bangladesh also won seven in the last eight games against the visitors, which is enough to scare stand-in West Indies skipper Jason Mohammed.

Real Madrid held by Real Sociedad to give Atletico advantage