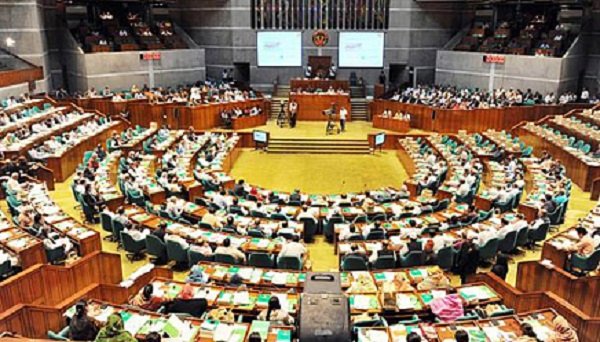 Civil Courts Amendment Bill-2021 was placed in the Jatiya Sangad aiming to raise the financial jurisdiction of the Judges of the lower court for disposal of civil cases as more than 40,000 cases are being remained pending in different tiers of the court across the country.

Law, Justice and Parliamentary Affairs Minister Anisul Haq on Wednesday moved the bill in the House which was unanimously passed by voice votes with Speaker Dr Shirin Sharmin Chaudhury in the chair.
Placing the bill, the minister said the proposed bill has been moved in the house for amending the previous act of 1887 and the amendment will significantly help to ease the sufferings of the people through quick disposal of the pending cases in the courts.

Meanwhile, Jatiya party lawmaker Fakhrul Imam reacted on endorsement of the proposed law and said the proposed law will protect the interest of certain community, adding how the proposed act could be enacted still there is a postponed order on the previous amenmend by the writ petition.

“The enactment of the law will create extra pressure on the High Court in disposal of the pending cases,” he said.

Earlier, the cabinet in principal approved the draft of “the Civil Courts (Amendment) Bill, 2021”.