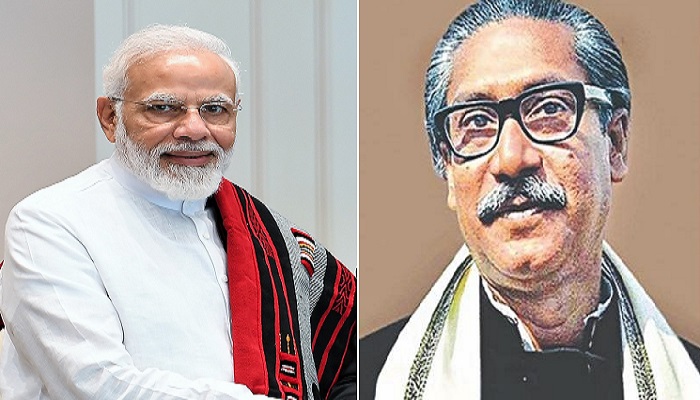 He may visit birthplace of Bangabandhu at Tungipara the following morning before he holds the bilateral meeting with Prime Minister Sheikh Hasina in Dhaka.

Visiting Foreign Secretary of Bangladesh Masud Bin Momen forwarded a proposal at a meeting with his counterpart Harsh Vardhan Shringla in New Delhi on Friday.

In an exclusive interaction, Momen told this correspondent “We have forwarded this proposal to Indian Government and they are actively considering it.”

It is expected that both India and Bangladesh will sign 5-6 Memorandum of Understanding including one for defence cooperation .

Bangladesh Government is organising a 10-day colourful programme to celebrate the golden jubilee of the Independence of Bangladesh, Mujib Centenary, the birth centenary of the Father of the nation Bangabandhu Sheikh Mujibur Rahman.

As March 26 is the concluding day of the celebration, Bangladesh Foreign Secretary urged Indian Government to hold the proposed bilateral meeting March 27.

“We want to make the visit of Indian PM a historic one and for that we have proposed two-day visit of the PM Modi.”

One of the major issues discussed in the Foreign office consultation was repatriation of Rohingya refugees.

Momen informed Indian side of the recently-held tripartite meeting with the China and Myanmar through virtual mode.

Following the meeting, Myanmar Government has given proposal for taking back displaced Rohingyas from Bangladesh in the month of May.

Momen is confident that Myanmar will not object to allowing India and Japan to oversee the process of repatriation.

Sources in the Ministry of External Affairs (MEA) confirmed that Rohingya issue was discussed in the FOC and “India has lot of stake for resolving the problem of displaced persons as soon as possible as India is the only country in this subcontinent which shares common border with both Bangladesh and Myanmar.”

Bangladesh Foreign Secretary hopes that visit of Indian PM will usher in a new era of bilateral relationship and five to six MoU will emphasise it.”

It is planned that a commemorative stamp if the 50th year of diplomatic relation will be released by both PMs during the visit.

Bridge over river Feni might be opened for traffic on that occasion. The Feni bridge is 1.8 km long joining Sabroom in Tripura  with Ramgarh in Bangladesh.

Some high intensity community development project will be declared for the benefit of the people of Bangladesh.