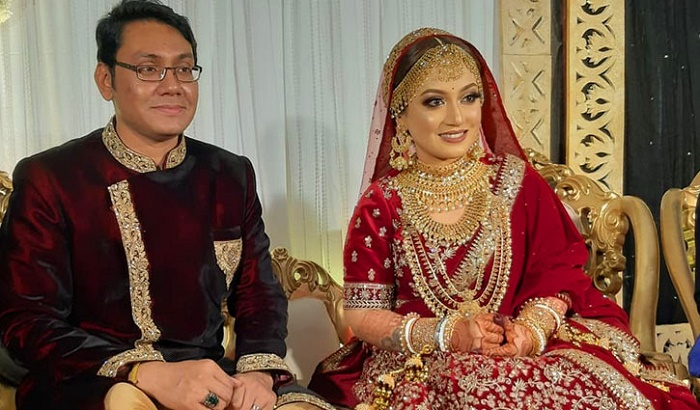 The ceremony was held at Trust Auditorium in the capital on Wednesday.
Nishita’s groom Dipankar is a banker at National Bank.

Nishita Barua is a Bangladeshi popular singer who comes to the music arena through the music contest close up one in 2006.

“Rongdhonu Valo Lage” is the best song of the singer.