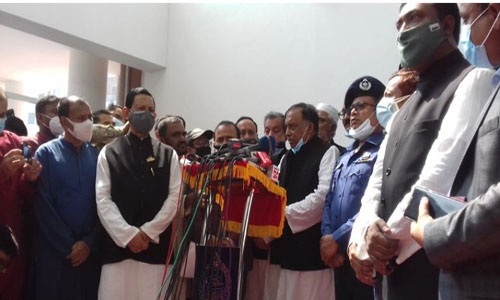 Home Minister Aaduzzaman Khan has said that probe body would be formed if necessary to investigate the death of writer Mushtaq Ahmed in jail.

He also informed that investigation would be carried out to know if the prison authorities are negligent behind the death.

The home boss came up with the remarks while talking to reporters after inaugurating the office of Chattogram district police superintendent at Sholoshahar on Friday afternoon.

Writer Mushtaq Ahmed, who was arrested on charge of anti-state activities, died Thursday night inside Kashimpur Jail at the age of 53.