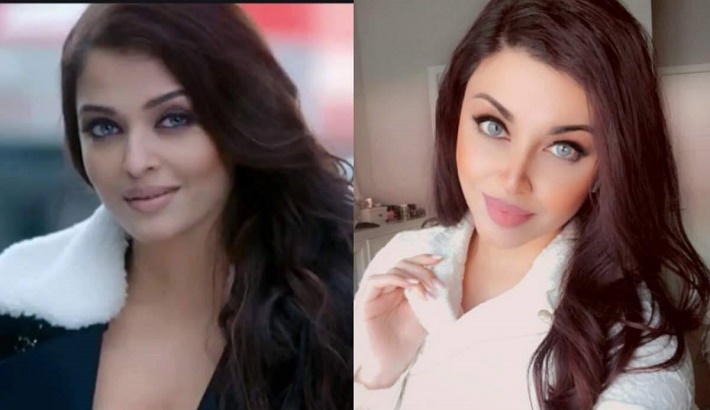 Bollywood actor Aishwarya Rai Bachchan has got another addition to her list of doppelgangers.

After Manasi Naik, Ammuzz Amrutha and Mahlagha Jaberi, who got noticed for their resemblance to the former Miss World, it is Aamna Imran who has caught the attention of people on the internet. Aamna is a beauty blogger from Pakistan who is quite active on social media, reports the Indian Express.
On her Instagram account, Aamna often recreates Aishwarya’s looks from her movies.”

In 2005, actor Sneha Ullal was also compared to Aishwarya when she made her debut in the movie Lucky, No Time For Love. The audience found her quite similar to Aishwarya and even called her the ‘second Aishwarya of Bollywood’.

On the work front, Aishwarya is back to the movies and has started work on her next film Ponniyin Selvan, a historical drama by filmmaker Mani Ratnam.