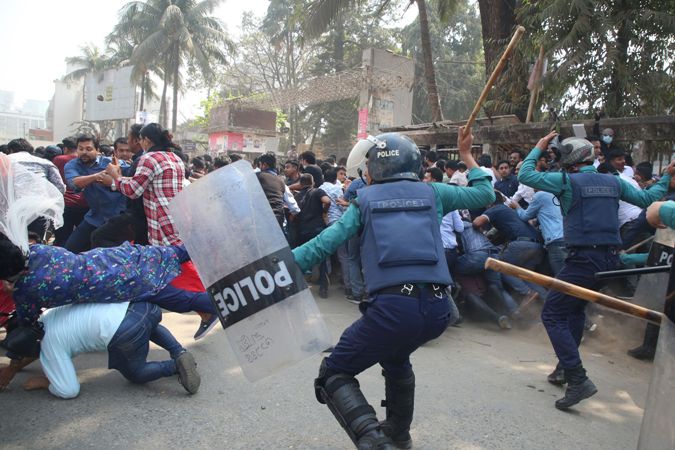 The leaders and activists of Jatiyatabadi Chhatra Dal (JCD), student wing of Bangladesh Nationalist Party (BNP), clashed with police at National Press Club in the capital on Sunday morning as police ‘obstructed them from holding a rally’.

Witnesses said JCD activists gathered in front the Jatiya Press Club around 11 am to stage a protest against the government’s move to revoke Zia’s gallantry award. Later, they tried to stage demonstrations but police obstructed them saying that they don’t have permission to hold rally.
At one stage of altercation, police charged baton on JCD men and fired tear gas shells to disperse them. The JCD men also hurled brickbats towards police, leading to a clash that left an unspecified number of people injured. Chases and counter chases took place between Chhatra Dal men and police.

Meanwhile, additional members of law enforcing agencies have been deployed in the area to avert any untoward situation.