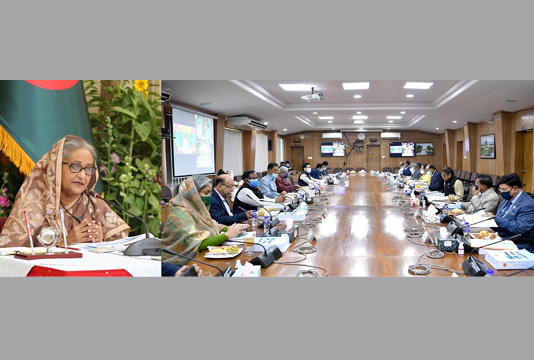 The approval came at a meeting of the NEC held at its conference room.

Out of the total RADP outlay, Tk 134,643 crore will be mobilised from the local sources while the remaining Tk 63,000 crore from the foreign sources as loan, said the Planning Secretary.

The NEC also approved Tk 11,628.90 crore against 101 projects of the autonomous bodies and corporations, he said.

Incorporating the funding of the autonomous bodies and corporations, the size of the overall RADP for the current fiscal year stands at Tk 2,09,271.90 crore.

The total number of projects in the RADP is 1785 ones — 1640 investment projects and 145 technical assistance projects, he said.

With the 101 projects of the he autonomous bodies and corporations, the total number of projects stands at 1.886.

During the revision of the ADP, Tk 7,501.72 crore was trimmed from the foreign sources portion of the original ADP, he added.

The Planning Division Secretary said 442 projects have been earmarked for completion in the RADP in the current fiscal year. The government has been able to provide the full allocations to the projects, he added

About the 442 projects, the Prime Minister at the meeting directed the authorities concerned to complete those projects in time within this fiscal year.

She also directed them to expedite the implementation works of other projects and asked the project directors to stay in their project sites, said the Planning Secretary.

Noting that the RADP was approved a little bit earlier, Jainul said the ministries and divisions will get the full four months in this fiscal year to complete their projects.

At the very outset of the meeting, the NEC congratulated the Prime Minister for her able leadership as the UNCDP has given its final recommendation for the graduation of Bangladesh from the LDC status.