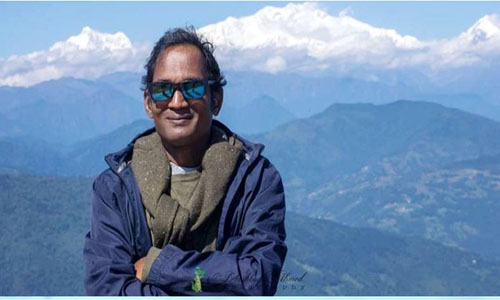 Cartoonist Ahmed Kabir Kishore, who was in prison for 10 months in a case filed under the Digital Security Act (DSA), was released from Kashinpur Central Jail-2 on Thursday.
He went out of the jail around 12:25pm, the jail super Abdul Jalil confirmed.
The necessary documents reached the jail at 11am. And after scrutinising the papers, he was released, Abdul Jalil added.
His family members were waiting at the jail gate for him.
On Wednesday, the High Court granted six months’ bail to cartoonist Kishore in the DSA case.
Earlier on January 13, Ramna police filed a chargesheet against cartoonist Ahmed Kabir Kishore, ‘Rashtrachinta’ member Didarul Bhuiyan and writer Mushtaq Ahmed (died recently in jail) in the case.

Following the plea of ​​the state, on February 10, Bangladesh Cyber ​​Tribunal Judge Assam Jaglul Hossain directed the CTTC to investigate the case further.

It is to be noted that RAB-3, CPC-1 warrant officer Md. Abu Bakar Siddique filed the case under the Digital Security Act with Ramna Police Station on May 5, 2020, accusing 11 people. Besides, 5 to 6 more unnamed were made accused in the case.
According to the case allegation, the accused posted various posts including propaganda or rumors on the Facebook page “I am Bangladeshi” to tarnish the image or reputation of the state or to spread confusion – which creates obfuscation among the people and degrades law and order.
2021-03-04
Mr. Admin
Previous: Worker dies after falling from under-construction Payra Bridge
Next: Another 1,800 Rohingyas moved to Bhasan Char