65 coronavirus-related deaths and 4,712 cases are UK’s lowest for five months 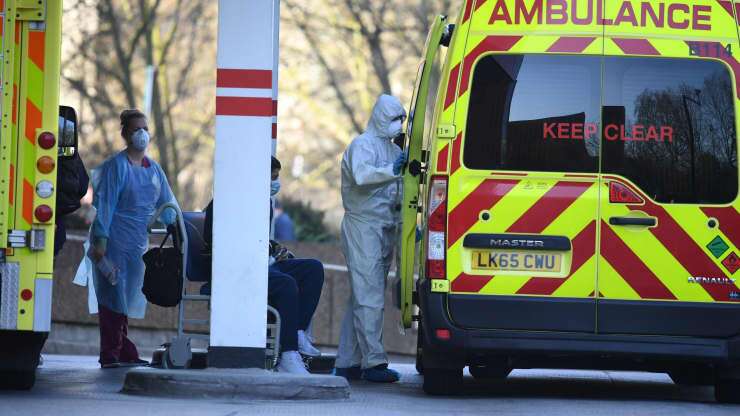 The number of daily coronavirus cases reported in the UK has fallen below 5,000 for the first time since September.

Cases have been falling for weeks across the country and the four nations have begun their first cautious steps out of lockdown.

Children began returning to school in England on Monday, with all primaries open and some secondary schools staggering year groups’ return in order to test every pupil.

The UK also reported 65 deaths on Monday, the second day in a row deaths were below 100. 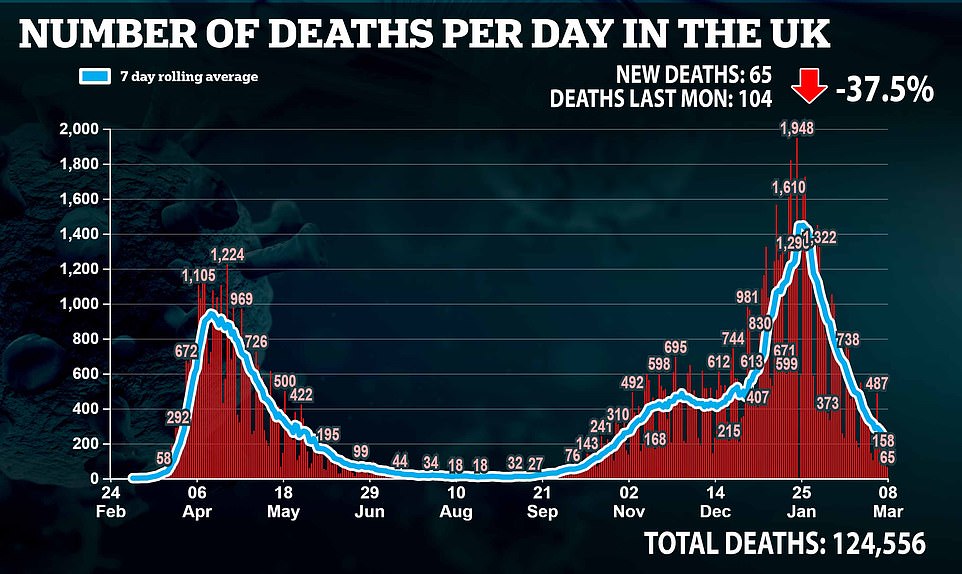 There were 3,903 new cases of Covid-19 reported in England on Monday.

There have been a further 164 cases of coronavirus in Wales, taking the total number of confirmed cases to 205,202.

Public Health Wales reported no further deaths, with the total in the country since the start of the pandemic remaining at 5,403. 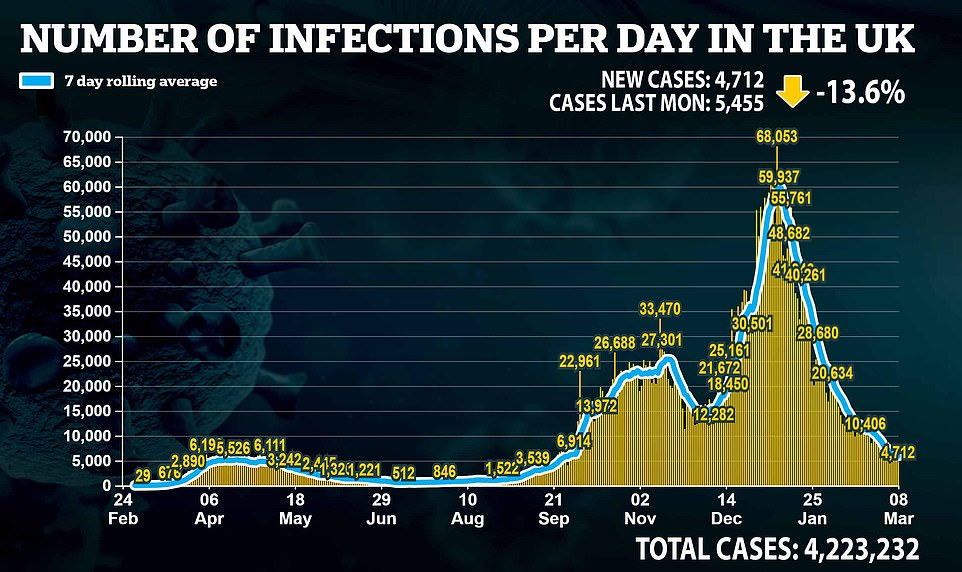 There were 144 new cases of Covid-19 in Northern Ireland on Monday and two new deaths.