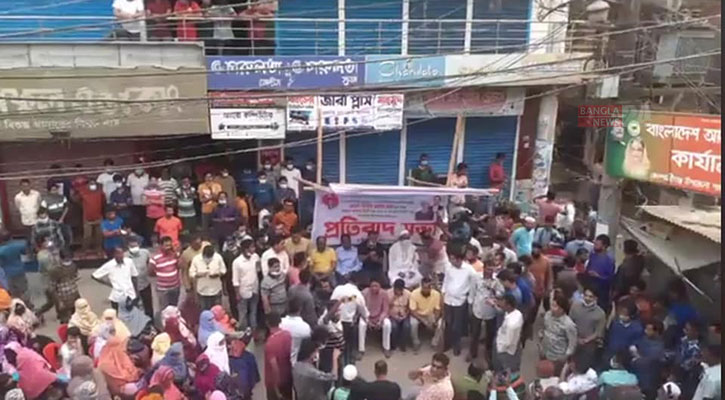 A young man died and at least 12 others were shot during a deadly intra-factional clash between supporters of Quader Mirza and other Awami League activists in Noakhali on Tuesday.

Witnesses said they had heard sounds of explosions and gunshots during the running battle.
Police identified the injured as Md Aziz Khokon, 50, Md Karim, 45, Md Rajib Hossain, 24, Md Emran Hossain, 24, Jinku, 20, and Raihan, 20. They are being treated at Noakhali General Hospital.

Raihan succumbed to his injuries while being taken to Dhaka. Both factions have claimed that the victim was their supporter.

However, local administration has imposed section 144 in Basurhat from 6:00am on Wednesday to 12:00am to avoid any untoward incident.

Police have arrested 27 people in this connection.

Attacks on Hindus need to be stopped: UNRC