Priyanka slams journalist after he questions her acting credentials 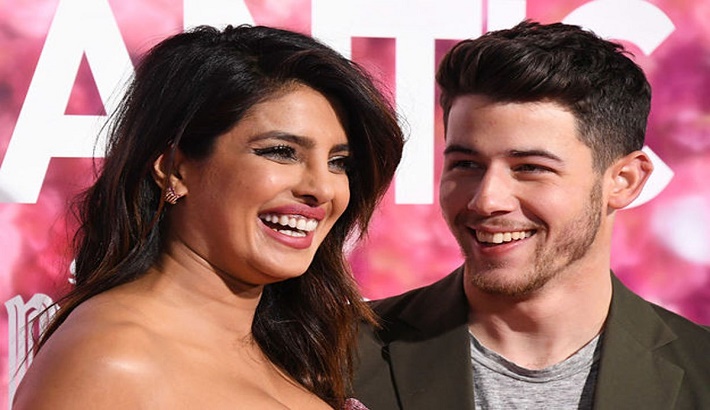 Global star Bollywood actor Priyanka Chopra proved that she is the queen of clapbacks after the actor slammed an Australian journalist who questioned whether she and husband Nick Jonas were ‘qualified enough’ to announce the Oscar nominations.
Replying to the entertainment reporter named Peter Ford, the star, who has a solid filmography in India and a vibrant career in Hollywood, shared her screen credits on Twitter.

Priyanka tweeted, “Would love your thoughts on what qualifies someone. Here are my 60+ film credentials for your adept consideration.”

The tweet came with a list of her credits as she scrolled through them on her phone screen.

Ford had written in a snarky tweet, “No disrespect to these two but I’m not sure their contribution to movies qualifies them to be announcing Oscars nominees.” He also shared a photo of the couple with the post.

The journalist describes himself as ‘the best and most widely heard entertainment reporter in Australia and NZ’ allegedly’ in his Twitter bio. The journalist later made his account private.
Priyanka and Nick had announced the Oscars nominations on Monday, where the Netflix film ‘The White Tiger’, which Priyanka both produced and starred in, won a nod for director Ramin Bahrani in the best-adapted screenplay category.

Before making a name for herself in Hollywood, Priyanka won multiple film awards in India for her work in films such as ‘Barfi’, ‘Mary Kom’ and ‘7 Khoon Maaf’ among many others. She has been an actor for nearly 17 years.

Priyanka is currently shooting for the spy series ‘Citadel’. It also stars Richard Madden. The project is backed by Amazon and helmed by the Russo Brothers of ‘Avengers’ fame.

The actor has finished shooting for ‘Text for You’ with Sam Heughan, Celine Dion, Russell Tovey, and Omid Djalili. Priyanka will also be seen in an Indian wedding comedy with Mindy Kaling, which she will co-produce and feature in.

She also has ‘Matrix 4’ and a film based on the life of Maa Anand Sheela in the pipeline.

Films open the third eye of a society: Hasan