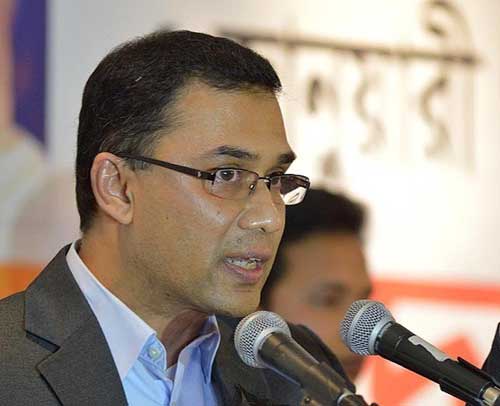 A case has been filed against BNP acting chairman Tarique Rahman and 24 others under the Digital Security Act for declaring late president Ziaur Rahman ‘the first president and the proclaimer of independence’.
A UK expatriate Moinul Haque filed the case in the court of Judicial Magistrate Kudrat-e-Elahi in Jashore on Monday afternoon.
Plaintiff’s lawyer Akhtaruzzaman Selim confirmed the matter.
The court accepted the case and directed Sunamganj Sadar Model Police Station to take legal action upon investigation.
According to the case statement, Tareque Rahman in his Yoy Tube channel claimed that his father Ziaur Rahman was the first president and the proclaimer of independence. He and other accused insulted, humiliated and demeaned Bangabandhu Sheikh Mujibur Rahman.
2021-03-22
Mr. Admin
Previous: Nepalese President Bidya Devi in Dhaka
Next: Are you having more nightmares? You might be ‘quaradreaming’