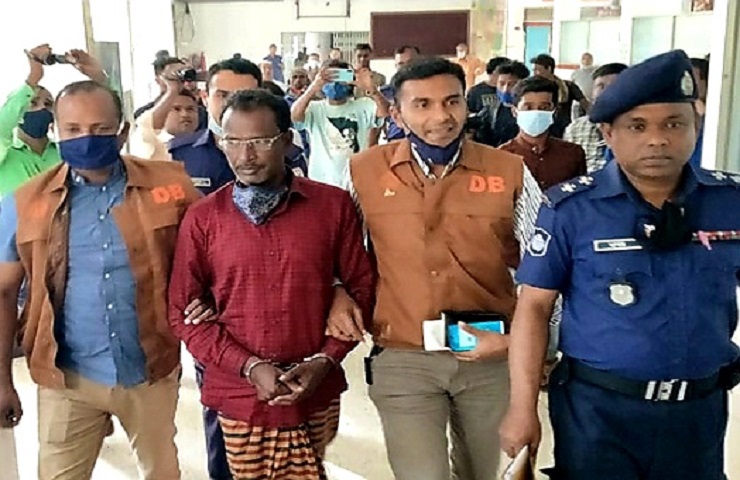 A Sunamganj court on Tuesday granted remand for thirty persons, Shahidul Islam (Swadin Member), one of the key accused in a case filed over the attack on the houses of Hindus in Shalla upazila of Sunamganj district on March 17.

Earlier in the morning, two more people were arrested in connection with the attack, said Nazmul Huq, officer-in-charge of Shalla Police Station.

They were arrested in separate drives at different villages of Derai and Shalla in the early hours of Tuesday.

With this, a total of 35 people have been arrested so far in two cases filed over the attack.

Earlier on Wednesday, supporters of the Hefajat-e-Islam attacked around 70 Hindu households in Noagaon village in Shalla Upazila.

Two cases were filed with Shalla Police Station over the incident. One of those was filed by police accusing 1,500 “unidentified” people. Habibpur Union Parishad Chairman Bibekananda Majumder also filed another case naming 80 people.