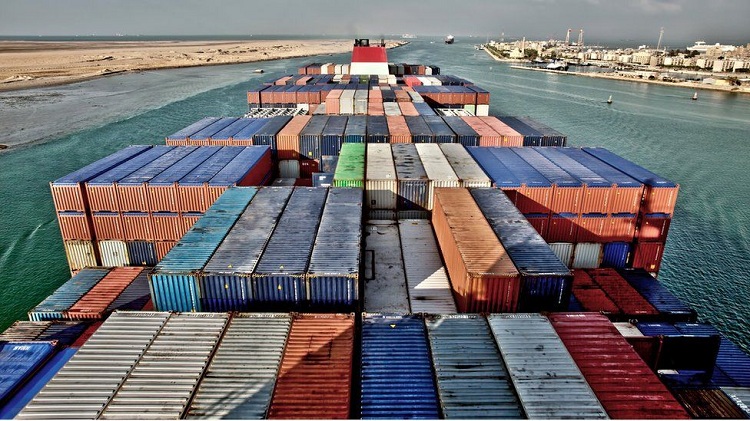 Egypt’s Suez Canal has been blocked by a large container ship that ran aground after losing control, causing a traffic jam of cargo vessels in the region.

Tug boats were deployed to help shift the 400m-long (1312ft) and 59m-wide ship – the Ever Given – but there are fears it could remain trapped for days.

The incident occurred just north of the port of Suez early on Tuesday.

The waterway connects the Mediterranean to the Red Sea, providing the shortest sea link between Asia and Europe.

The Ever Given, registered in Panama, is bound for the port city of Rotterdam in the Netherlands from China and was passing northwards through the canal on its way to the Mediterranean.

It became trapped at about 07:40 local time (05:40 GMT) on Tuesday due in part to a technical failure, local media report.

The ship, built in 2018 and operated by transport company Evergreen Marine, ran aground blocking the path of several other container vessels which are now trapped in lines in both directions.

A photo posted on Instagram on Tuesday, reportedly from someone on board another cargo ship – the Maersk Denver – directly behind the Ever Given, shows the stranded vessel with what appears to be a small digger clearing sand along the bank.

Dr Sal Mercogliano, a maritime historian based in the US state of North Carolina, told the BBC that incidents such as this were rare, and could have “huge ramifications for global trade”.

“This is the largest vessel ever to go aground in the Suez Canal,” he said, adding that the ship got lodged in the embankment after losing power and steering.

“If they are unable to pull her free… in a high tide, they are going to have to start removing cargo.”

The operation to move the Ever Given, which could include removing large amounts of sand from around the areas where the vessel is grounded, may take days, Cairo24 news reported, citing the Suez Canal Authority.

It is not yet clear what caused the ship to lose power.

The Suez Canal crosses the Suez isthmus in Egypt. It is about 193km (120 miles) long and incorporates three natural lakes.

In 2015, Egypt’s government opened a major expansion of the canal that deepened the main waterway and provided ships with a 35km (22 mile) channel parallel to it.