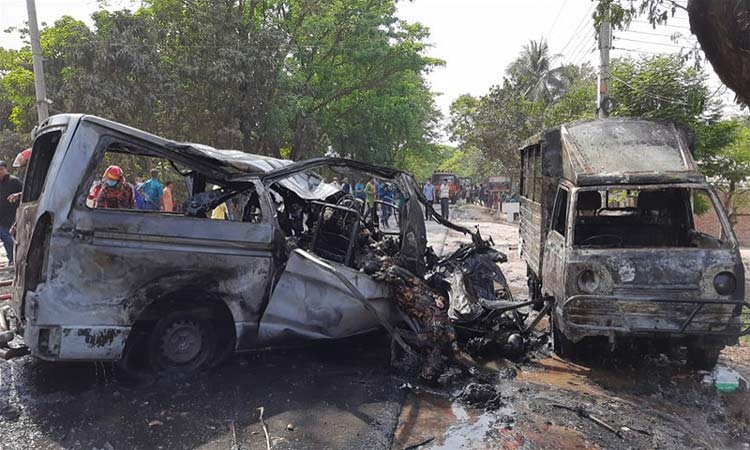 At least 17 people were killed and several injured in a triangular collision between a bus, microbus and leguna in Katakhali of Rajshahi city on Friday.

The death toll from the accident may rise, the police official said.