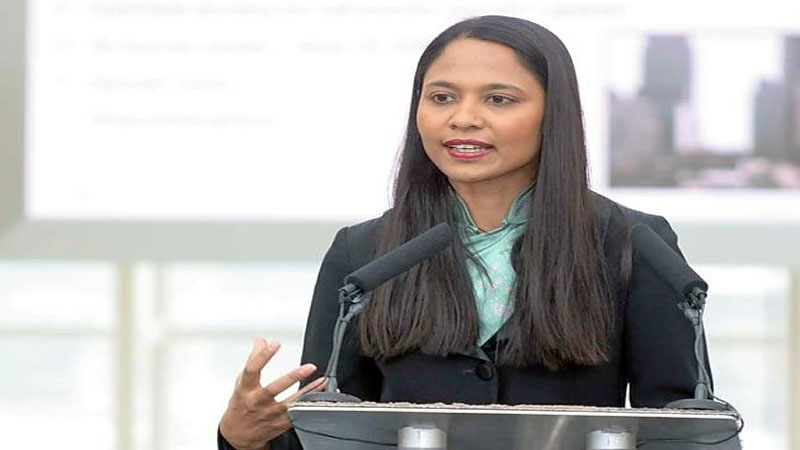 British lawmaker Rushanara Ali has laid emphasis on redoubling efforts by Bangladesh and the UK to address the threat of climate change and promote stronger trading relationships.

“As we look to the future, let’s redouble our efforts to alleviate poverty, tackle injustice, address the threat of climate change and promote stronger trading relationships,” she said in a video message.

Rushanara said the Golden Jubilee of Bangladesh’s independence is of profound importance to Bangladesh and to Bangladeshis around the world.

“Let’s all work hard to ensure the people of Bangladesh can thrive and prosper over the coming years and decades,” she said.

On the special anniversary, the British MP remembered all those who made the ultimate sacrifice for freedom and independence. “We’re forever indebted to them.”