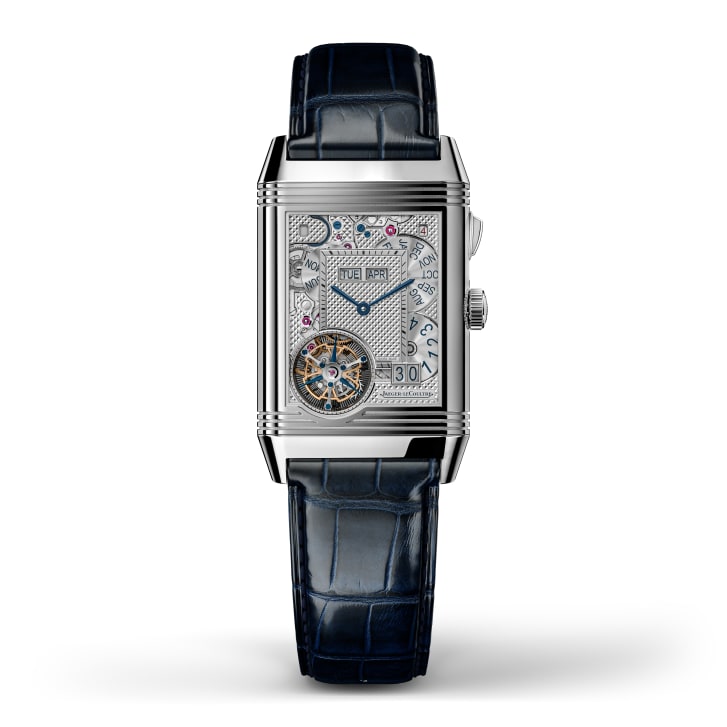 Around this time of year, lifestyle journalists would be regaling watch enthusiasts with tales from Richemont’s ritzy Watches & Wonders trade fair (formerly Salon International de la Haute Horlogerie, SIHH) at Geneva’s Palexpo convention center, and the historic Baselworld, where every other watchmaker, from Alpina to Zenith, is hosted and toasted in the Herzog & de Meuron-designed Messe exhibition complex.

But the events of last spring made a different “messe” of all that, of course, which means that, for a second year, we’re reporting on the most extraordinary horological creations launched entirely via Watches & Wonders’ online portal — whipped up in record time last March, and now fully loaded with panel discussions, keynotes, trade resources and a Q&A interface. 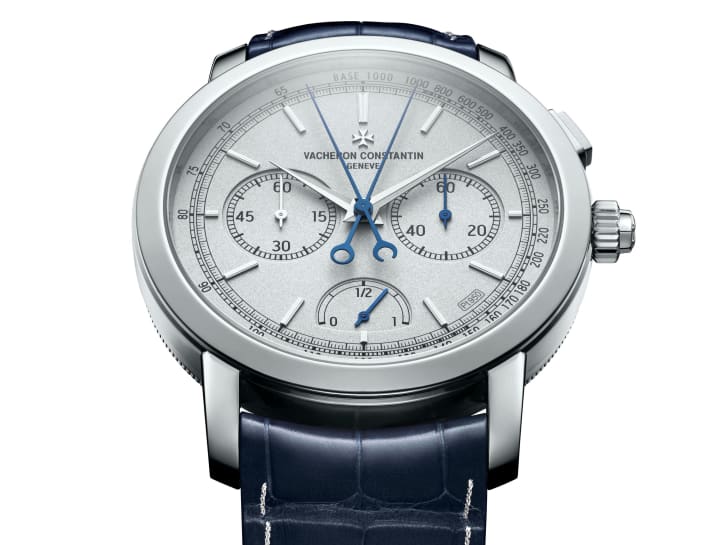 Jaeger-LeCoultre Reverso Hybris Mechanica Calibre 185 (Quadriptyque)
Right now, given everything, to what question is the answer a 1.35 million-euro ($1.6 million) mechanical watch that keeps track of the synodic, draconic and anomalistic cycles of the moons, and chimes out the time with miniature hammers and gongs, all spread across four dials in a case that flips from back to front using a 90-year-old mechanism devised for polo-playing officers of the British Raj? At some point soon, the 10 collectors with enough of an “in” with Jaeger-LeCoultre to acquire this limited-edition indulgence will find out.

Speaking to CNN over Zoom, CEO Catherine Renier compared the Quadriptyque to a concept car, whose six-year gestation will benefit the core catalog as the tech trickles down. It has also galvanized the Swiss marque’s formidable battalion of artisans, capable of making everything from the raw metal beneath one roof. 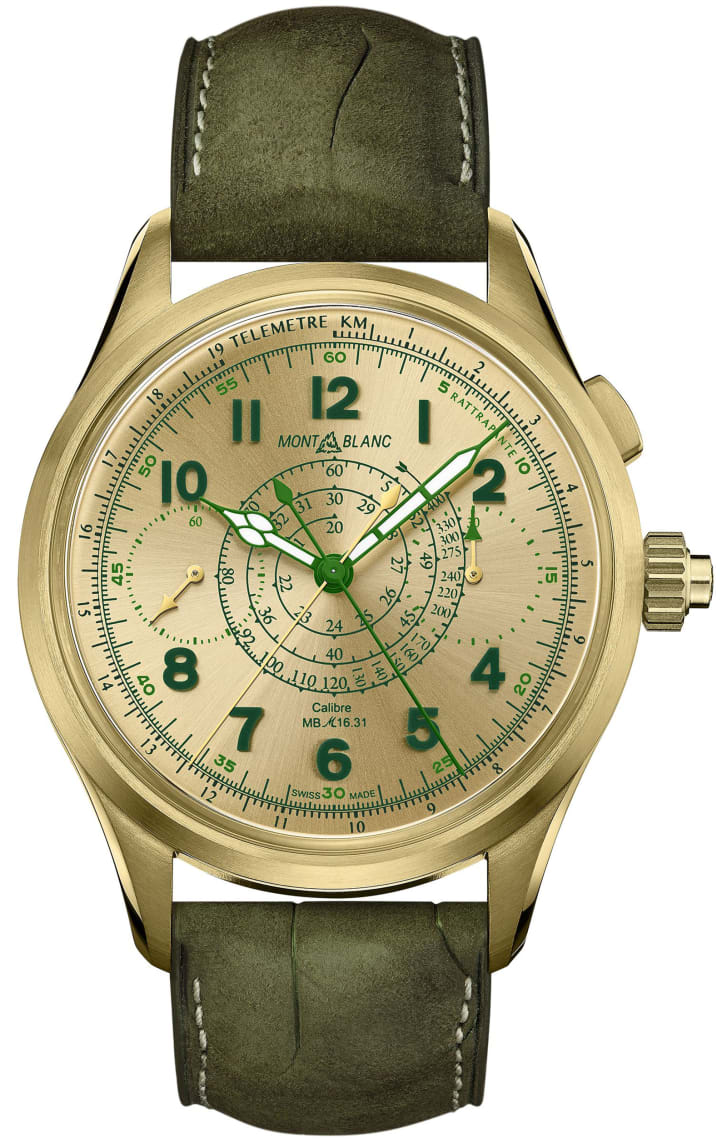 Vacheron Constantin Historiques American 1921
Going back a whole century is a relative blink of the eye for Switzerland’s oldest maison and, sure enough, this modern reboot of a Roaring Twenties classic feels as fresh as ever. The asymmetry is tenuously pegged to the needs of the decade’s burgeoning car culture (steering wheels, awkward wrist angles and all that) but you can just revel in the avant-garde stylings, as well as the exquisite mechanics gleaming from the caseback. 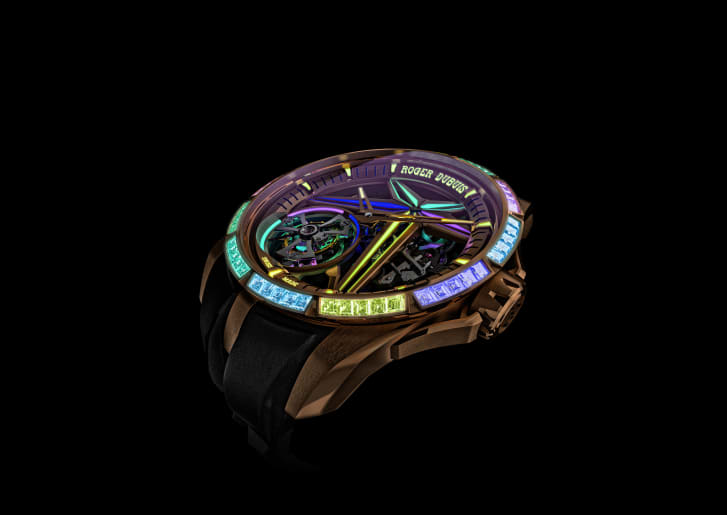 Montblanc 1858 Split Second Chronograph Limited Edition 18
In the world of watches at least, there’s no apparent end to the vintage revival trend (not that we’re complaining). What you see here, however, is genuine living history: storied Swiss manufacturer Minerva’s hand-wound 19-09CH caliber from 1909, still laboriously hand-crafted using the same methods, in the same workshops overlooking the chocolate-box-pretty valley of Villeret. (Hamburg’s finest pen maker acquired Minerva in 2007.) It’s still an extraordinarily sophisticated bit of kit, too: two column-wheel clutches controlling two seconds stopwatch hands that can be “split” to time two subsequent events, and calculations of speed and distance can be made over three minutes, rather than the usual one. 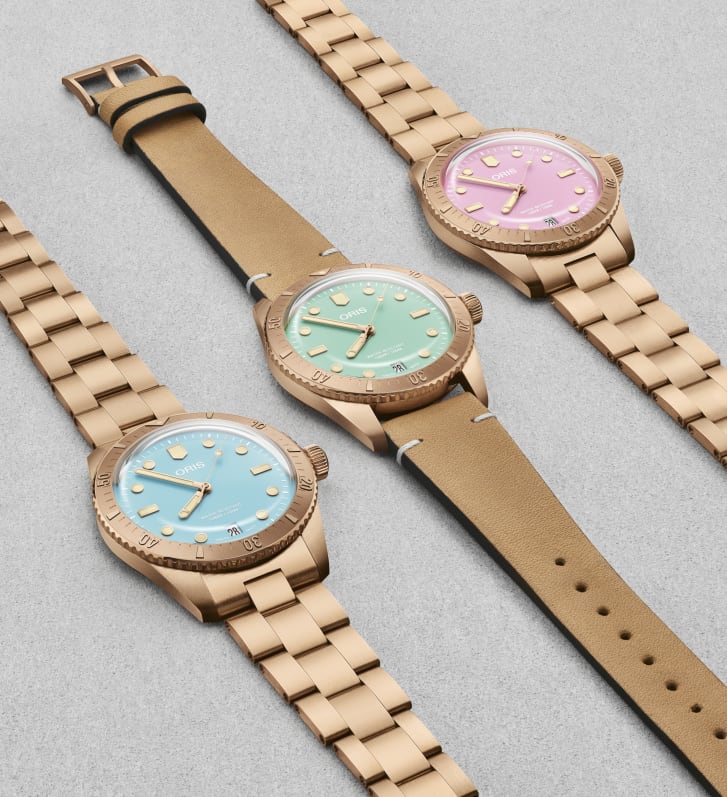 Roger Dubuis Excalibur Glow Me Up
This limited-edition offering from Geneva’s enfant terrible horologer is simply spectacular. Supercharging the spokes of the signature Excalibur skeleton dial, in which a tumbling tourbillon cage floats in space, is disco-worthy Super-LumiNova paint. Furthermore, the circumference of the case features a patented world first, luminescent diamonds, in a similarly lurid ’70s colour way. To achieve this, Roger Dubuis invented a new technology that applies the coating to small groves underneath the baguette-cut stones. A better name might have been “Show Me Up” for all the attention this’ll garner. 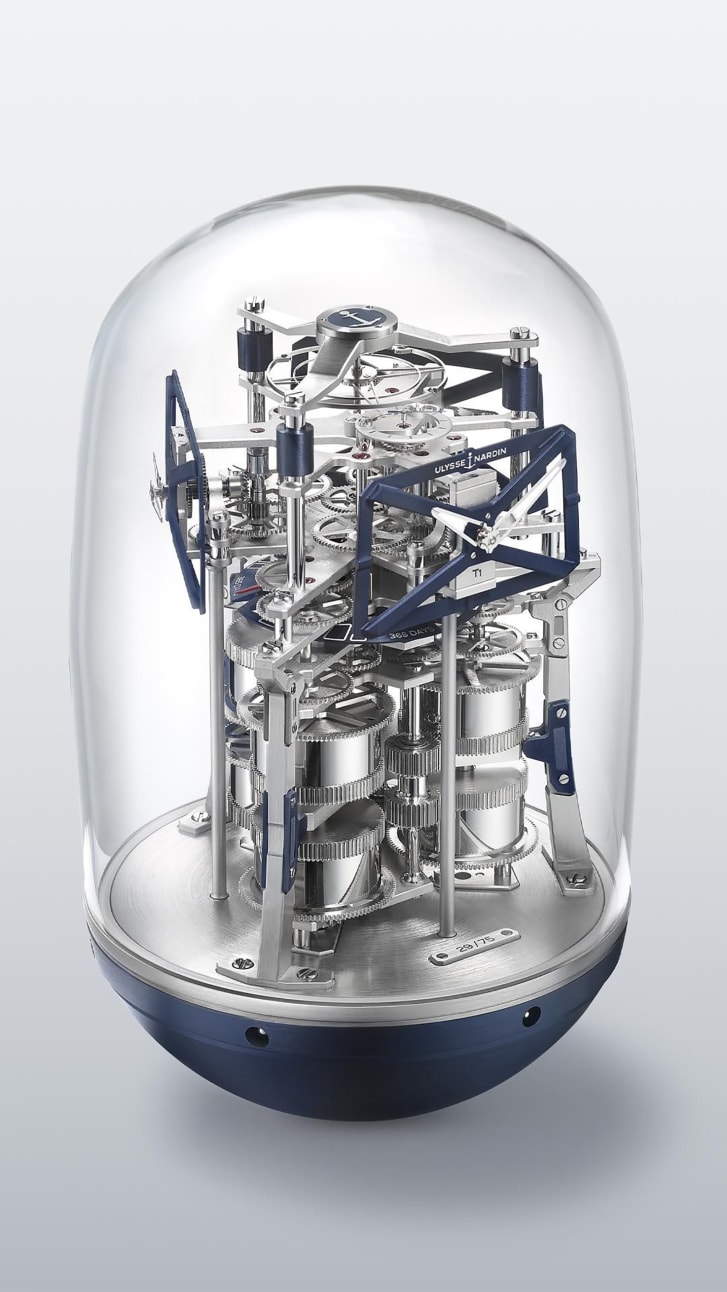 Oris Divers Sixty-Five Cotton Candy
“With spring comes fresh hope,” goes the press release, “and with it (more so than ever this year) light at the end of a long, dark tunnel.” Amen to that, Oris. Bound to bring an instant smile, the Divers Sixty-Five Cotton Candy is more than an omen for spring, It’s summer in 38 mm of bronze alloy, with a gelateria of dial colours from sky blue to mint green to baby pink. Starting at about $2,300, it’s also the (relatively) wallet-friendly investment a lot of us need as we exit that tunnel.

Ulysse Nardin UFO
Breaking from wristwatches momentarily, here’s a reminder of where the precision mechanics, which so many take for granted, originally came from: marine chronometry. In other words, a small clock mounted on gimbals in the captain’s cabin, keeping robustly precise “home time” as a means of determining longitudinal position.

Glycerin for the skin: Is it beneficial?

Mental health: Can you tell if someone is struggling?

Madhuri Dixit shares video on essentials at home against Covid-19

Coronavirus in kids: Children at risk of long Covid