Bangladesh committed to media freedoms ‘in Commonwealth and beyond’: Muna Tasneem 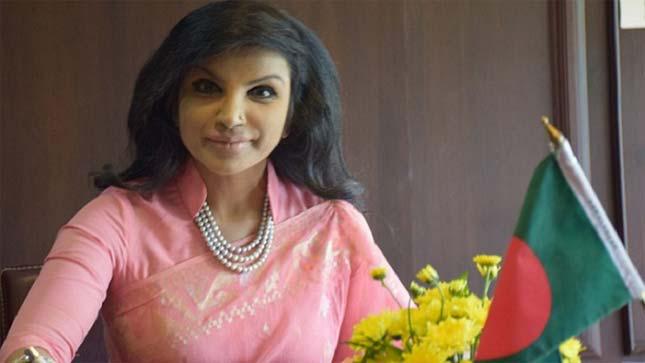 Bangladesh High Commissioner to the UK Saida Muna Tasneem, who also represents the country on the Board of Governors of the Commonwealth, has reaffirmed her government’s commitment to upholding media freedoms within the Commonwealth and beyond.

“The government of Prime Minister Sheikh Hasina will continue to work closely with the UK, Namibia and our Commonwealth fraternity to continually uphold and improve media freedom nationally,  globally and within the Commonwealth,” she said.

The High Commissioner made the remarks at a virtual event organised by the British Foreign, Commonwealth and Development Office (FCDO) and High Commission of Namibia, on ‘Media Freedom in the Commonwealth’ on Wednesday in London.

The event was co-hosted by the UK and Namibia at the advent of the World Press Freedom Day Conference 2021 scheduled to be hosted in Windhoek, Namibia on April 29 to May 3 in collaboration with the UNESCO.

Reflecting on the theme of this year’s World Press Freedom Day, “Information as a Public Good”, the High Commissioner paid her tributes to journalists all around the world including those who lost their lives in the line of duty.

She called upon the Commonwealth to support sustainability and economic viability of news and media houses across the Commonwealth especially in developing countries during the Covid crisis, enhanced transparency of internet companies, and greater media and information literacy among young people to ensure information is indeed delivered as ‘public good’.

The High Commissioner said apart from promoting an exponential growth in private electronic and digital media in Bangladesh, specially the internet-based news portals and TV channels leveraging media freedom and freedom of expression, the present government also created the country’s first journalists’ welfare trust to support special needs of journalists and their family members, and commissioned two wage boards to enhance their pay and salary packages by more than sixty percent since 2013.

Commonwealth Secretary-General Patricia Scotland QC and High Commissioners of a number of Commonwealth countries, spoke on the occasion.

The meeting was co-chaired by Head of Media Freedom at the UK FCDO Mr Kanbar Hussein and High Commissioner of Namibia to the UK Linda Scott.

BD priorities to be highlighted at ‘COP26 July Ministerial’