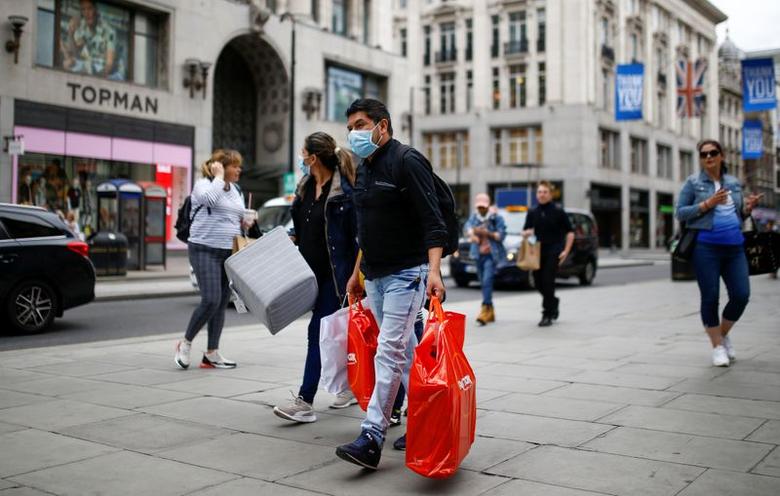 The Government said a further 34 people had died within 28 days of testing positive for Covid-19 as of Friday, bringing the UK total to 127,225.

Separate figures published by the UK’s statistics agencies show there have now been 151,000 deaths registered in the UK where Covid-19 was mentioned on the death certificate.

The Government also said that, as of 9am on Friday, there had been a further 2,596 lab-confirmed cases in the UK. 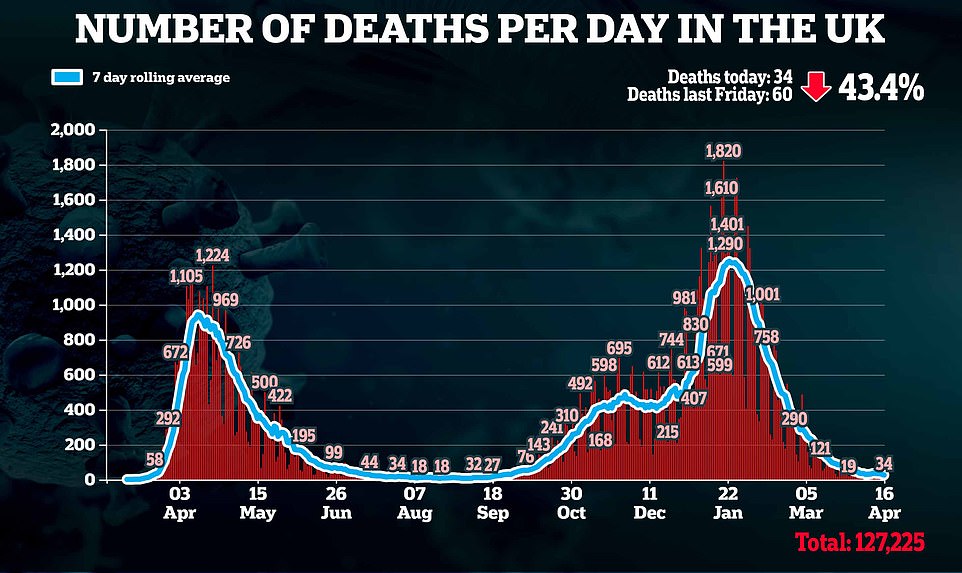 The nation accounted for 30 of the new deaths and 694 cases.

There have been a further 48 cases of coronavirus in Wales, taking the total number of confirmed cases to 210,729.

Public Health Wales said there were no further deaths, with the total in the country since the start of the pandemic remaining at 5,535. 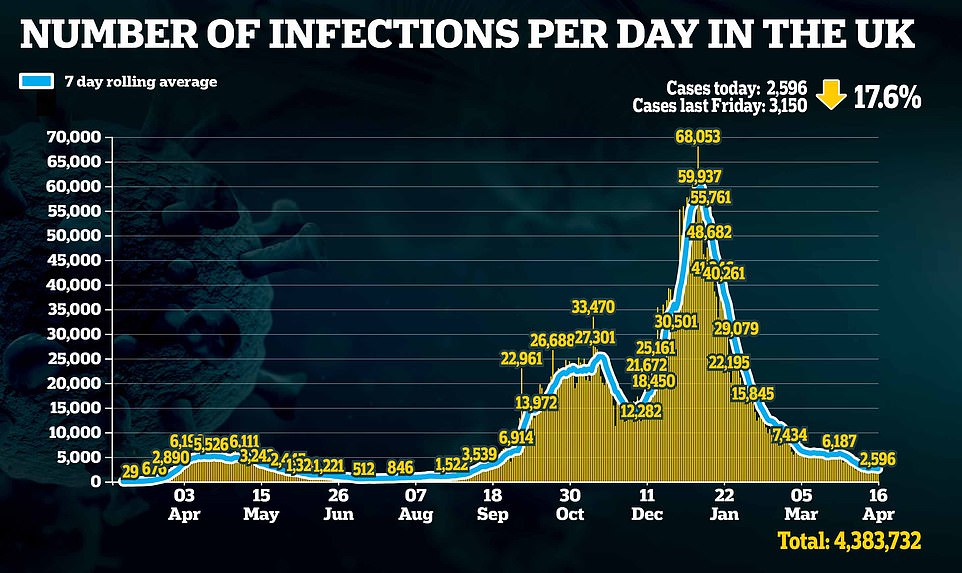 There were 119 new cases in addition to one death in Northern Ireland.

The news comes as it was confirmed that one in six UK adults are now fully vaccinated against Covid-19, with more than two million second doses delivered in the past seven days.

A total of 8.9 million people have now received both jabs – the equivalent of 17.0% of the adult population.